SEOUL, Aug. 13 (Yonhap) -- A South Korean BMW vehicle owner testified to police on Monday about a fire that broke out in his car's engine, one of a string of similar incidents that sparked a criminal probe into the local unit of the German carmaker.

Lee Kwang-duk, one of some 20 consumers who filed a complaint against BMW Korea and its officials on negligence and other charges last Wednesday, appeared at the Seoul Metropolitan Police Agency in the afternoon.

"I will testify on the exact cause of the fire and (BMW's) attempts to cover up the defects," he told reporters. "I will also ask the police to secure emails between BMW Korea, its German headquarters and producers of exhaust gas recirculations (EGRs)."

Ha Jong-sun, the lawyer representing the plaintiffs, said he plans to lodge another joint litigation by 20-50 consumers and will submit more documents as evidence.

Lee claims the engine of his 2014 BMW 520d model caught fire last month, after a friend of his borrowed the vehicle from him and drove it for about an hour. The fire broke out as soon as his friend parked the car at a parking lot in Seongnam, a city just south of the capital.

Last Tuesday, BMW Korea apologized for the defects and for causing public concern in a press conference. It also vowed to cooperate with the probe by the transport ministry. 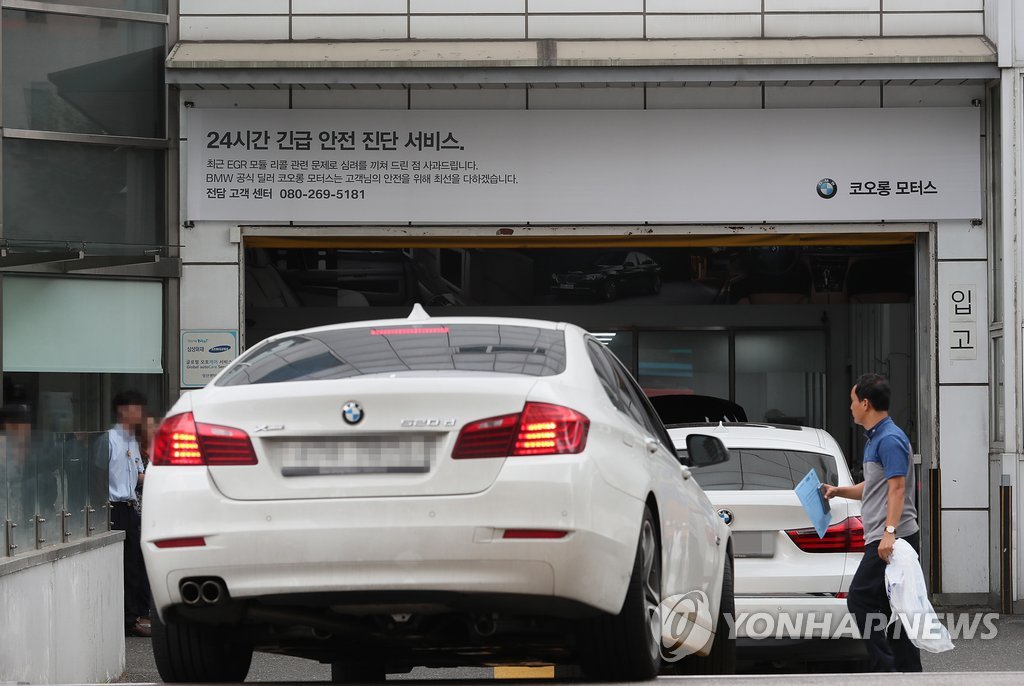