SEOUL, Aug. 14 (Yonhap) -- Former South Chungcheong Province Gov. An Hee-jung is set to face a court verdict on Tuesday on sexual abuse charges in a scandal that led to his resignation.

The Seoul Western District Court will hand down its ruling on the 54-year-old politician in the sentencing hearing slated for 10:30 a.m.

An was indicted in April on charges of forcing his former secretary, Kim Ji-eun, to have sex with him four times and molesting her multiple times between the middle of last year and early this year in Seoul and while on overseas business trips.

In the last hearing, held on July 27, prosecutors demanded four years in prison for the former governor, as well as his registration as a sex offender.

An has been charged with sexual intercourse and harassment by abuse of occupational authority. His charges carry a prison term of up to five years or a 15 million won (US$13,000) fine.

An has apologized to the public over the scandal but has not admitted to the charges. He stepped down as governor in March, days after Kim made the revelation in a cable TV news interview.

The scandal has dealt a serious blow to the political career of the former Democratic Party lawmaker, who was once touted as a potential presidential candidate from South Korea's liberal bloc. The party expelled him after the scandal broke. 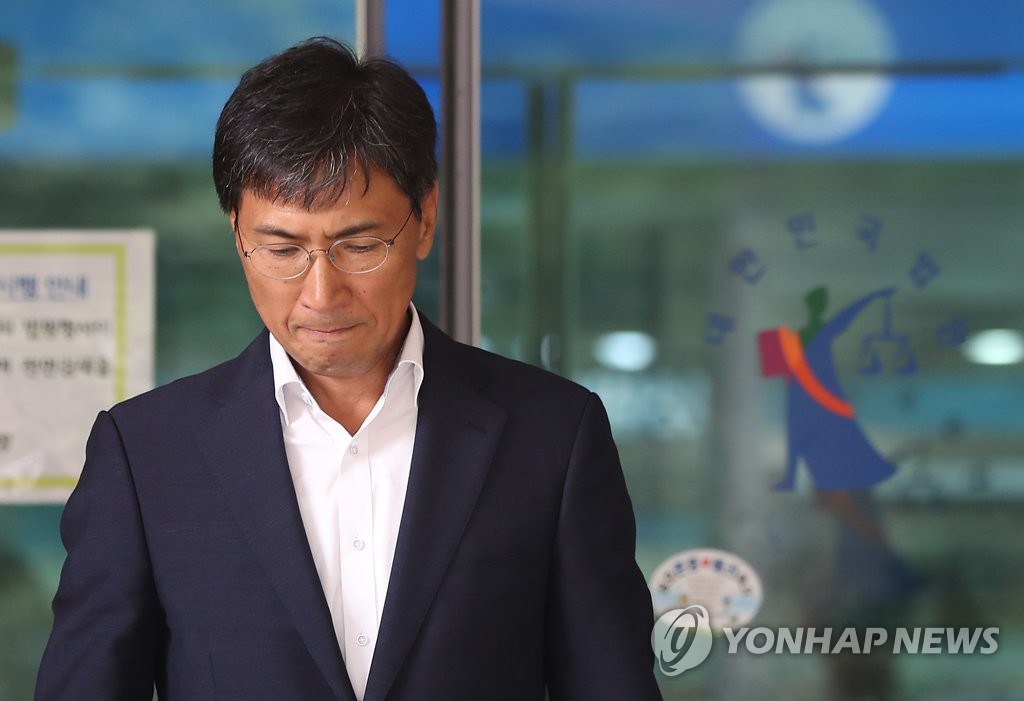