SEOUL, Aug. 13 (Yonhap) -- South Korean stocks sank to an annual low on Monday as investors feared financial woes in Turkey could cause a ripple effect throughout the world, analysts here said. The South Korean won dropped against the greenback.

The fall, shared by other parts of the world, came as Turkey's lira has effectively collapsed since last week, after U.S. President Donald Trump slapped stiff tariffs on Turkish steel apparently in response to Ankara's decision to extend the detention of Andrew Brunson, an American pastor accused of espionage. This year, the Turkish currency nosedived more than 40 percent.

"Investors fretted about fallouts from the extreme currency volatility in emerging economies which have already been weighed down by the stronger U.S. dollars," said Kim Byeong-yeon, an expert at NH Investment and Securities.

"Chances are slim for this case to have longer-term impacts, but it will delay the serious comeback of foreign investors to the local equity market," he noted.

Most blue chips drifted lower, with tech and bio shares dragging down the index.

The South Korean currency closed at 1,133.90 won against the U.S. dollar, down 5.00 won from the previous trading session. 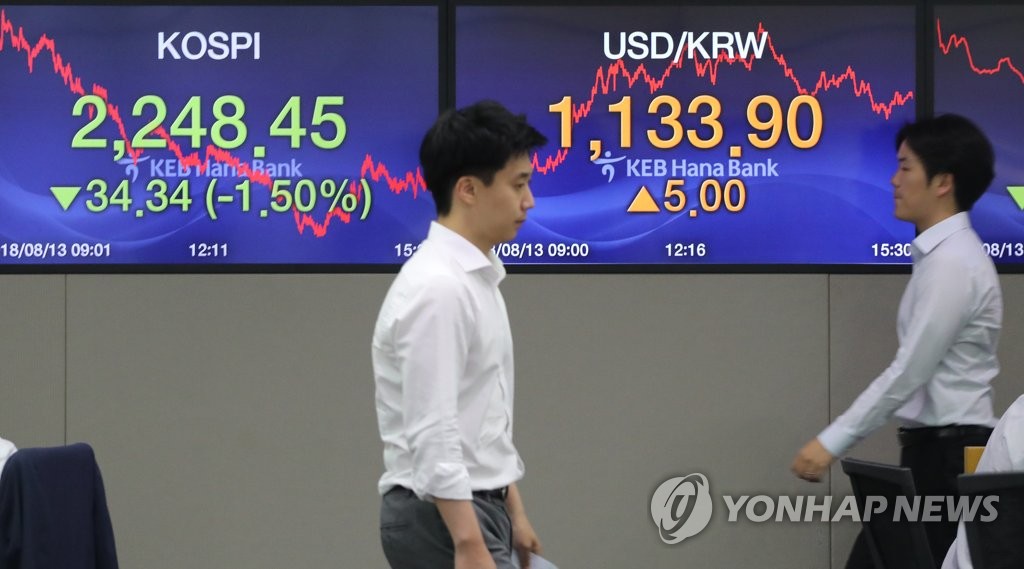