DEF CON 26 kicked off in Las Vegas for a three-day run on Thursday (local time), bringing together a large number of hackers from around the world. The event is dubbed the hackers' World Cup by those in the sector.

The 10-person "DEFKOR00T" team led by Lee Jong-ho of local security solution provider RaonSecure, as well as experts from the Agency for Defense Development and Korea University, won the highest prize at this year's event, the Ministry of Science and ICT said. This is the first time since 2015 that a South Korean team finished No. 1 in the highly charged competition.

South Korea, like other countries, has moved to train specialists who can defend critical information from hacking attacks. 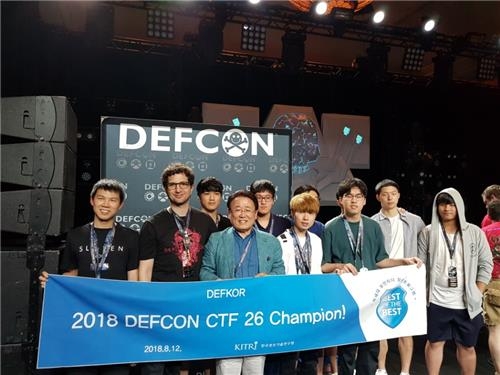