SEOUL, Aug. 20 (Yonhap) -- South Korean construction firm SK Engineering & Construction Co. (SK E&C) said Monday that it will build a temporary shelter in the area of Laos hard hit by a massive flood caused by the partial loss of a dam.

The 10,000-square-meter land in the country's southwestern region will be used to settle 150 households, the company said. Besides living quarters, the facility will come with bathrooms and showers.

Work that began late last month will be completed before the end of September, SK E&C said.

On July 23, an auxiliary dam at the Xe Pian Xe Namnoy dam cluster collapsed due to heavy rains, causing flooding in several nearby villages that killed 31 civilians and left more than 100 missing. An estimated 6,000 people were also displaced, according to local media. 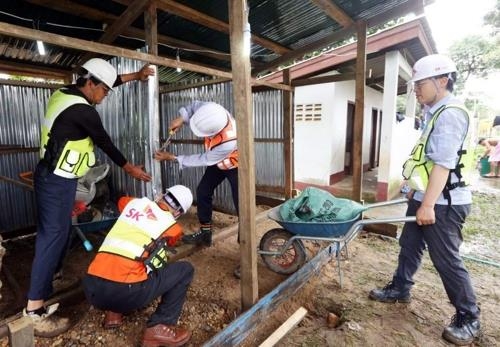