Om entered the competition as the top favorite. After finishing atop at the 2014 Incheon Asian Games, he triumphed at the 2012 London Olympics and took silver at the 2016 Rio De Janeiro Olympics.

Om moved up to first place, however, after clearing 160kg in his first attempt in the clean and jerk.

After securing the gold, Om tried to clear 172kg, which exeeds his world record by one kilogram, but failed to lift the barbell. 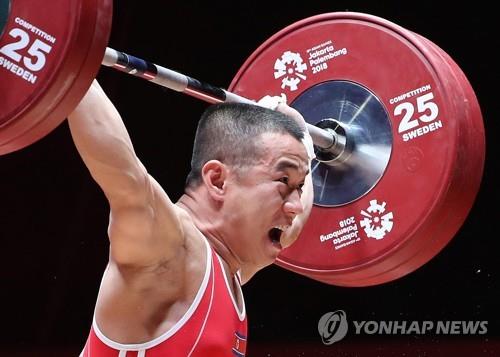 "It's pity that I couldn't set the world record," Om told reporters after receiving the gold medal. "(After I lost gold at Rio 2016) I didn't want to lose the gold medal."

Om said he was also happy that he delivered North Korea's 100th gold medal at the Asian Games.

"Their support gave me lots of energy," he said. 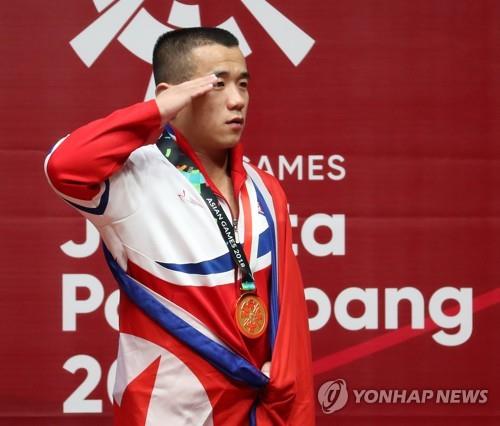