The South Korean tech giant said it opened the BTS Studio at the venue of the concert in Los Angles on Wednesday, where visitors were allowed to test LG products, such as smartphones and speakers, and enjoy various BTS content.

"The challenge and passion of BTS towards becoming No. 1, along with their capabilities in music acknowledged by the world, and their sincere attitude toward their fans fall in line with the value pursued by LG Electronics," the company said.

At the venue, LG Electronics displayed the LG G7 ThinQ smartphone, along with its OLED TVs, XBOOM speakers, photo printers and other home appliances.

The BTS Studio also attracted attention by unveiling new advertisement photos of the group, along with videos filmed by the singers using the LG G7 ThinQ.

LG also showcased the LG Q7 BTS edition, which is imprinted with the BTS logo on the back, along with exclusive features, such as alarms and emojis created by the singers themselves. The smartphone comes with the BTS gallery, which includes unreleased photos of the band.

The company plans to operate the BTS Studio at other venues of the tour, including Oakland, Chicago and New York. 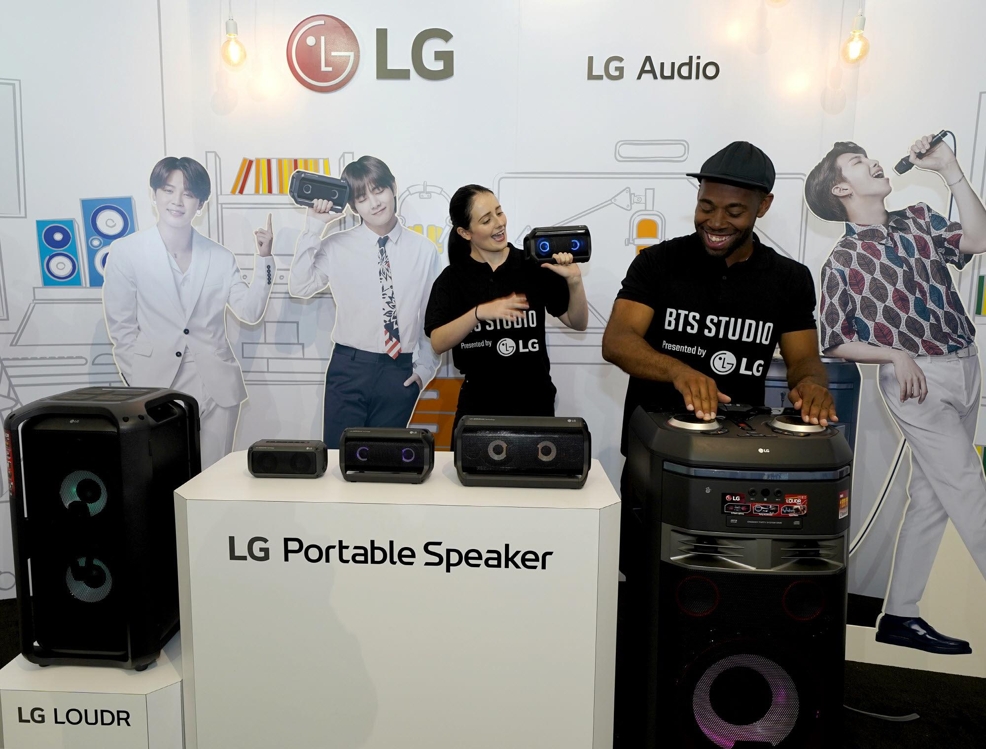