All healthy South Korean men between 18 and 35 must serve about two years in the armed forces. But athletes who win either an Asian Games gold medal or any Olympic medal receive exemptions. They only have to undergo four weeks of basic training and can resume their career without interruption.

While military service exemptions may have been a big motivation for the players, Kim said he didn't say a single word about the subject.

"I've never talked about that," Kim said at a press conference at the Korea Football Association (KFA). "I thought that issue couldn't come ahead of our match. We only focused on winning games." 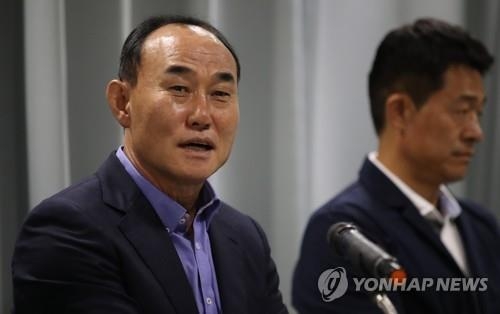 Kim also said he told the players not to look at online comments during the Asian Games. South Korea were especially slammed after they suffered a 2-1 defeat to Malaysia during their Asian Games group stage match.

"I told our players to read those online comments if they were confident enough of staying calm even after seeing them," he said. "For me, I didn't even read news articles. It made me comfortable."

"Before we enter extra time, I told our players to look into each other's eyes," he said. "I really wanted to encourage them. When you're tired, you have no thoughts and you hear nothing. That's why we gathered in circle and shouted so that we could stay awake."

Kim said his toughest match was against Uzbekistan in the quarterfinals, in which South Korea went on to collect a 4-3 win in extra time. While the match was tied at 3-3, Hwang Hee-chan converted a penalty kick in the 118th to grab the winner.

The 58-year-old coach said he also had to deliver words of encouragement to provoke his players.

"Honestly, the match against Uzbekistan was like the final to us," he said. "In extra time, the opponents were one man down, but our players seemed to lack motivation. I told the players that you all should go out there and play tennis if they can't take the advantage. I scolded them a lot." 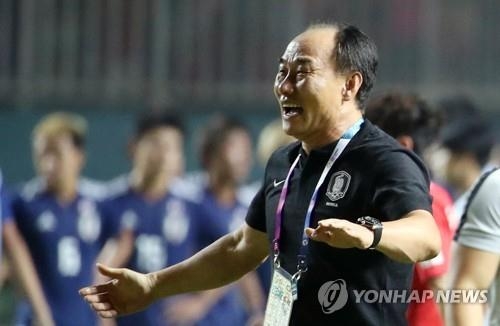 Kim also explained why his side decided to switch from a back three system to a back four formation during the competition.

"My players felt pressure with the back three system," he said. "After long discussion with our coaching staff, we decided to use a back four because that system was familiar to our players."

Kim, who has nearly 25 years of coaching experience, including with teams like Seongnam FC and Henan Jianye in China, was having his first experience as a national team boss. When asked about difference between pro football club and national team coaching, Kim said the latter needs more instinctive thinking.

"When you find problems in a pro club, you can always solve them with time," he said. "But in the national team, you can't do it like that. I also learned that when you lead the national team, you have to have good relationships with pro football club coaches. There are lots of people that I want to thank for our achievement." 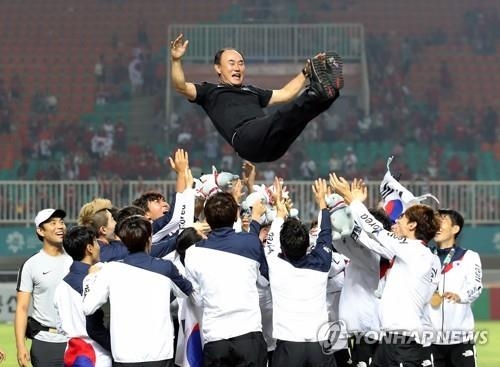 Kim's next goal is to lead South Korea at the 2020 Tokyo Olympics and hopefully get a medal. South Korea will first need to enter the 2020 Asian Football Confederation (AFC) U-23 Championship, which serves as the qualifying tournament for the Tokyo Olympics.

Kim said he is already feeling concerned as other teams appear to be fully preparing for the quadrennial event.

"I realized that if we just prepare like it was other tournament, we'll see big trouble," he said. "Other teams are already starting to prepare for the Olympics, but we haven't started yet. It's really not easy to qualify for the Olympics."