According to U.S. National Security Adviser John Bolton, Kim made the proposal during his first meeting with the South Korean leader in April. He then backed down and accepted Moon's counterproposal to denuclearize within a year.

"He said we can do it in two years," Bolton said in a speech to the Federalist Society. "Moon Jae-in said to Kim Jong-un -- and President Moon told this to President Trump -- Moon Jae-in said, 'Well, why don't we do it in one year.'"

Kim agreed, Bolton said, adding that that caused him to remark in the past about pushing for denuclearization in a year.

"I thought they could do it even more quickly than that, but one year is not bad," he said. "We're still waiting for them." 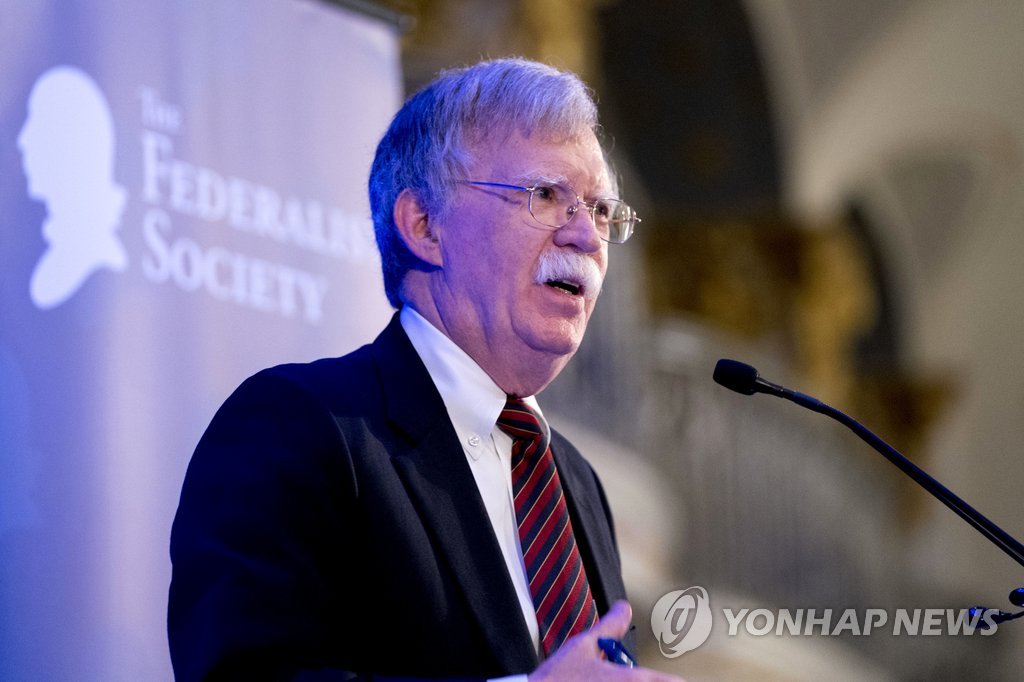 He was reportedly one of the officials behind Trump's recent decision to cancel U.S. Secretary of State Mike Pompeo's planned trip to Pyongyang. At the time the president cited a lack of progress on denuclearization.

South Korean officials met with Kim in Pyongyang last week to arrange a third meeting between Moon and the North Korean leader.

Kim was quoted as saying that he is still committed to denuclearization of the Korean Peninsula and would like to see it happen before the end of Trump's first term in early 2021.

"In meeting with Kim Jong-un in Singapore a few months ago President Trump tried to hold the door open to Kim Jong-un and his regime," Bolton said. "If they would denuclearize as they committed to do in Singapore, they could have a very different kind of life in North Korea.

"Now the possibility of another meeting between the two presidents obviously exists, but President Trump can't make the North Koreans walk through the door he's holding open," he added. "They're the ones that have to take the steps to denuclearize and that's what we're waiting for."

The White House said Monday that Kim sent a letter to Trump requesting a second meeting, and that planning is already under way.