SEOUL, Sept. 12 (Yonhap) -- The South Korean port city of Incheon is all set to host the World Kendo Championship (WKC) this week that will feature some 1,200 participants from 56 countries.

The 17th World Kendo Championship will be held from Friday to Sunday at Namdong Gymnasium in Incheon. This is the first time in 30 years that South Korea is hosting the top international kendo competition.

Organized by the International Kendo Federation, the WKC has been held every three years since 1970. The 17th edition will start with men's individual bouts followed by women's individual and team events. The competition will wrap up with the men's team event.

Host South Korea is looking to upset Japan, the birthplace of a martial art emphasizing swordsmanship.

Japan has been the dominant force at the WKC. The only time that Japanese kendo fighters didn't stand on the top of the podium was at the 2006 WKC in Chinese Taipei, where South Korea won the men's team event.

South Korea is hoping for medals from Park Byung-hoon and Kim Wan-soo in the men's individual division, while the women's side will be aiming for its first gold after taking five silvers in previous WKCs. 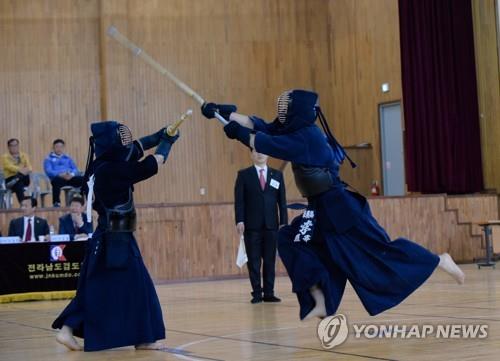