SEOUL, Sept. 12 (Yonhap) -- The members of mega-popular K-pop group BTS have said they feel a "responsibility and burden" regarding their achievements but vowed to "try harder to have a right mindset in all areas."

The boy band members made the remarks during the event called "A conversation with BTS" on Tuesday (U.S. time) at the Grammy Museum in Los Angeles, which was moderated by the museum's artistic director Scott Goldman.

"There seems to be a lack of healthy music for people to listen to, so we wanted to fill that," said Jung Kook, adding that they are trying to sing and write about their own experiences, which appears to have drawn good responses from fans.

"We all do our part and participate in making the songs, and I think it makes our music more sincere," J-hope said.

"Our fans have given us the wings to lift us up to where we are now," said V, whose Korean name is Tae-hyeong, expressing gratitude to their supporters.

Some 200 fans gathered for the conference, according to their agency. This was the first time that South Korean singers were invited to an event hosted by the museum.

Last week, BTS kicked off its world tour titled "Love Yourself" in Los Angeles, which will continue in Oakland this week and as a dome tour in major Japanese cities in November. 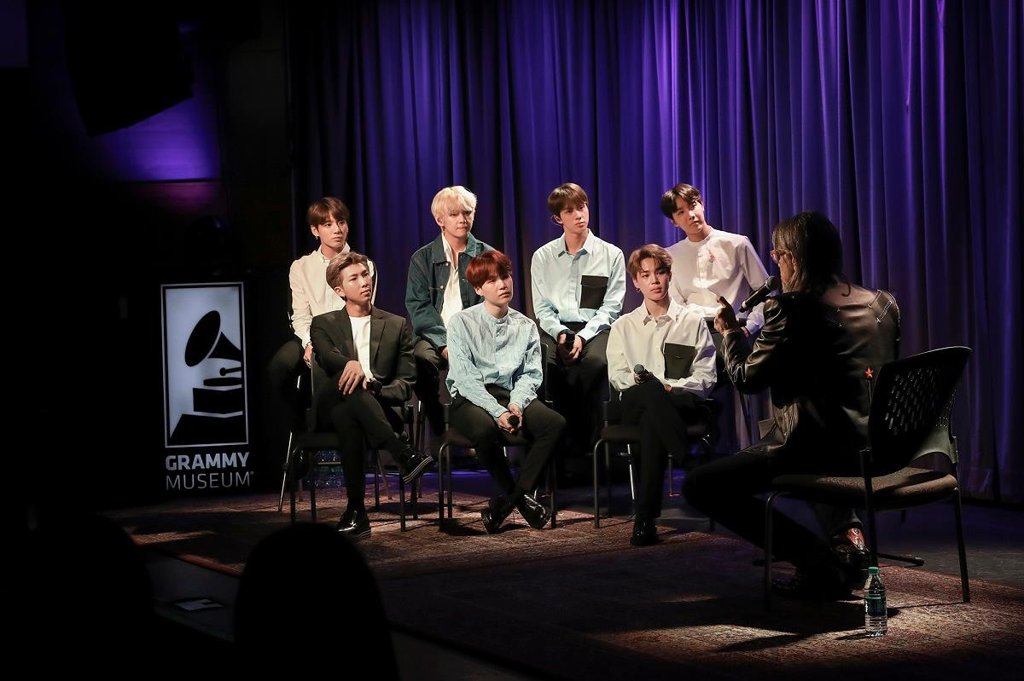