SEOUL, Sept. 16 (Yonhap) -- Some South Korean big businesses are still asking smaller partners wanting to secure deals to submit technical know-how before the signing of a contract, a report by a local trade federation said Sunday.

According to the Korea Federation of Small and Medium Business (KBIZ) that conducted a poll on 501 small and medium enterprises (SMEs) in July and August, 17 firms said they were asked to submit their technologies. The report was to check the extent of technology theft within the business community.

It said those in machinery, autos and electronics were asked the most to provide confidential data, with 64.7 percent saying the request was made before a deal was inked, with 29.4 percent being asked while talks were under way to forge partnerships. Only 5.9 percent said the know-how was shared with the signing of an official contract.

The federation said that the cited reason for big companies requesting data is to determine if the technology possessed by SMEs met requirements and to check for potential problems in advance.

Such cross checking can be deemed as being legitimate reasons, but it claimed big companies sometime used the information they got to force SMEs to lower prices and even to hand over the know-how to a rival firm, which could allow them to diversify their source of supply.

"Of those that responded to the survey, 24.6 percent said big business demanded a lowering of the price with 11.2 percent handing over the technology to another company that could place them at a disadvantage," KBIZ said.

In regards to government efforts to prevent technology theft or unauthorized transfers, the federation said 44.7 percent of smaller companies are calling for stiffer penalties, including exemplary damages being slapped on offenders, with 22.8 percent calling for expanding the scope of what constitutes stealing.

In addition, 14.6 percent demanded greater utilization of rules governing the borrowing and use of intellectual property rights so SMEs can reap the benefits of their technologies.

"Because SMEs wanting to win a deal cannot easily reject a request from big businesses, there is a pressing need to formalize the sharing of know-how so smaller firms will not be taken advantage of and regulate the overall process to make it transparent," said a KBIZ representative. 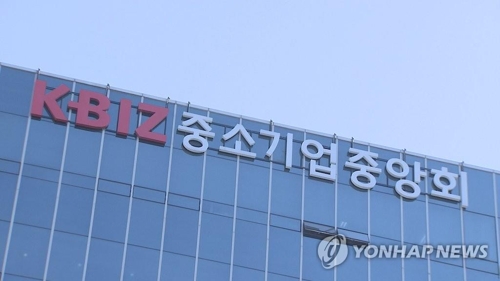 Some big biz still asking SMEs to provide know-how ahead of contracts: report

Some big biz still asking SMEs to provide know-how ahead of contracts: report