SEOUL, Sept. 17 (Yonhap) -- The video for TWICE's 2016 single "TT" surpassed 400 million views on YouTube on Monday, a first for a female South Korean singer or group, its management agency said.

The video passed the threshold at about 1:55 p.m., less than two years after it was released on Oct. 24, 2016, according to JYP Entertainment. The main song off the group's third EP, "TWICEcoaster: LANE1," has been hugely popular in South Korea and other Asian countries, such as Japan and Taiwan.

The group previously set a record for garnering more than 100 million YouTube views with all of the videos for its nine hit songs, ranging from its debut single "OOH-AHH" to the latest "Dance The Night Away." On Sunday, the video for "Likey" topped 300 million views.

Released on Wednesday, the group's first full-length Japanese album "BDZ" has stayed atop the country's Oricon daily albums chart for five days in a row.

TWICE plans to start its tour of four Japanese cities on Sept. 29. 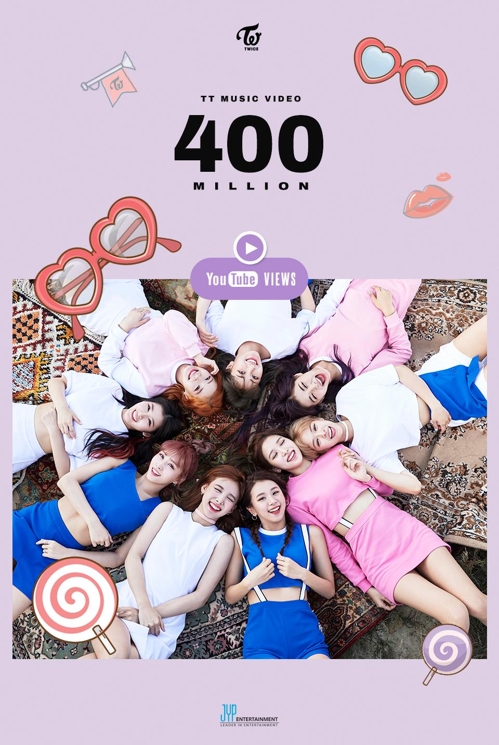