SEOUL, Sept. 20 (Yonhap) -- South Korea on Thursday launched a council to transform the heavily-guarded demilitarized zone (DMZ) that separates South and North Korea into a hub for peace tourism following their leaders' historic summit in Pyongyang.

The Ministry of Culture, Sports and Tourism and the Korea Tourism Organization signed an agreement with 13 local governments near the DMZ to push for development of the area into a peace tourism site, according to the ministry.

Under the agreement, the participating parties, headed by Vice Culture Minister Roh Tae-Kang, vowed to establish a system to cooperate for vitalization of the DMZ as a tourist attraction and jointly create new tourism content, while seeking sustainable development.

The launch of the new council came one day after the leaders of two Koreas announced a joint declaration in Pyongyang after holding landmark summit talks.

North Korean leader Kim Jong-un agreed to permanently dismantle the North's main long-range missile engine testing facility and the missile launch pad under the watch of international inspectors, and promised to take additional steps, such as shutting down the country's main Yongbyon nuclear complex, depending on what measures the United States takes in return.

South and North Korea also signed a military deal to disarm the Joint Security Area in the DMZ and each pull out 11 guard posts on a trial basis by the end of this year. 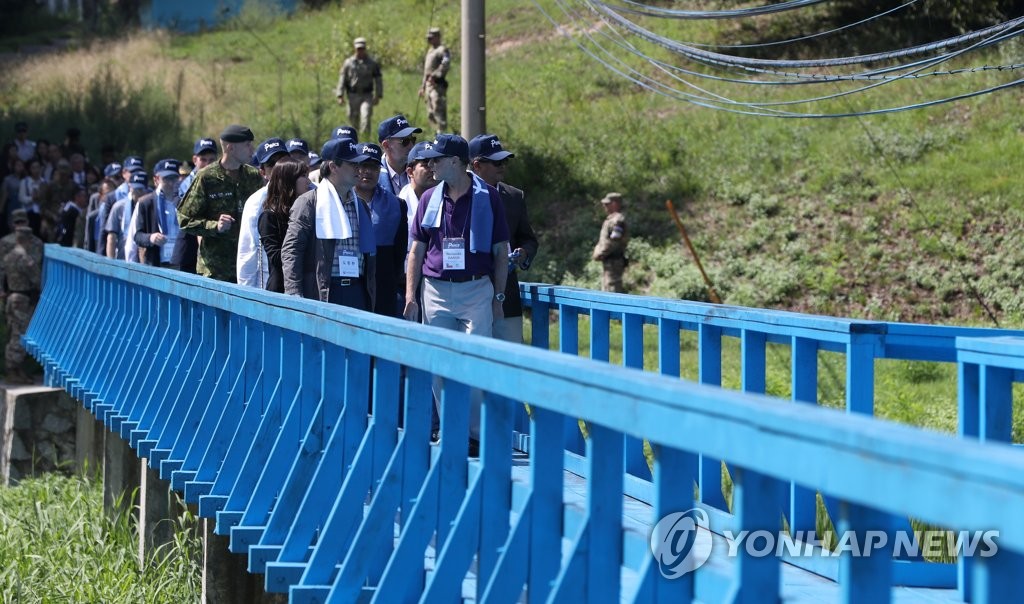