At a press conference at the Korea Baseball Organization (KBO) headquarters in Seoul, Sun broke his silence on the controversy surrounding his Asian Games roster selection. Sun had been under fire for picking players that many thought were undeserving of national team spots.
Critics said the manager chose some players just to help them get their military exemptions, since South Korea, as the only fully professional team at the Asian Games, was virtually guaranteed to win the gold medal. Healthy South Korean men are required to serve about two years in the military, but athletes who win an Asian Games gold medal are exempt from conscription. 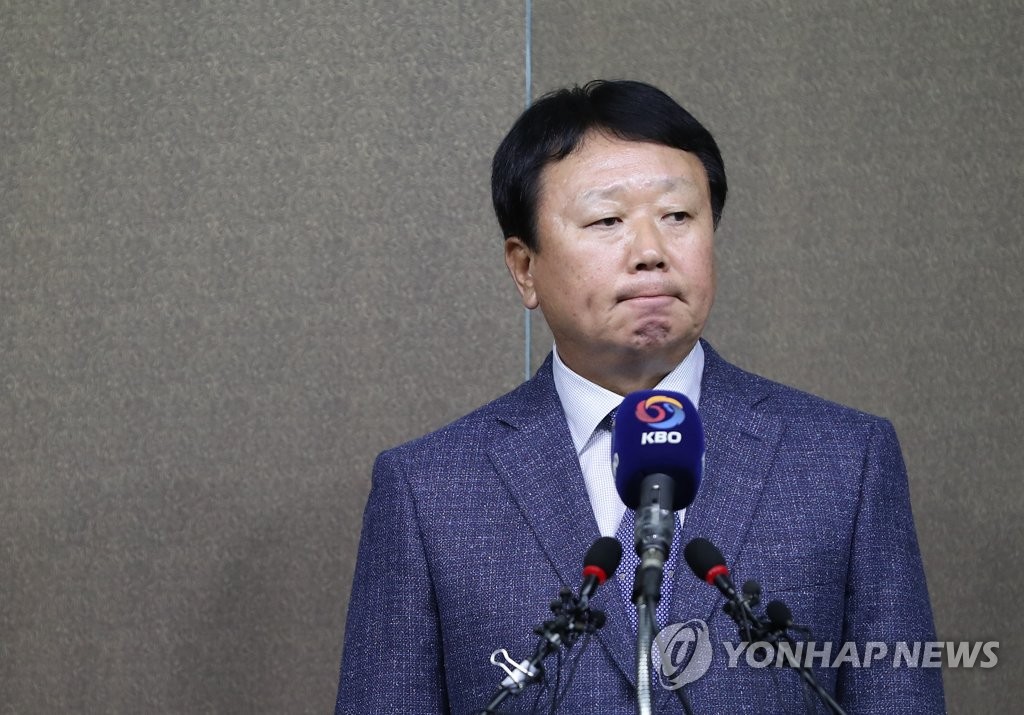 "I can clearly state that there was absolutely no unlawful act during the selection of the national team, nor were there any favors," Sun said. "The whole process was fair. My coaching staff and I had extensive discussions on players' statistics, positions and conditioning, among other factors. And as the manager, I made the final call."

South Korea won its third-straight gold medal in Jakarta, but the team's uninspiring performance only fueled the public anger.

After the Asian Games, a civic group filed a report to the Anti-Corruption and Civil Rights Commission, the state anti-corruption watchdog, alleging that Sun violated the anti-graft law by picking underperforming players.

Then earlier this week, the National Assembly's subcommittee on sports said it will bring in Sun as a witness during an annual parliamentary audit next Wednesday. He's expected to be grilled about the Asian Games roster.

"I'll be fully cooperative, but I hope I will be the last national team manager to appear at the audit," Sun said.

Before, during and after the Asian Games, Oh Ji-hwan, shortstop for the KBO club LG Twins, was and has remained a lightning rod for criticism, as he was leading the league in errors and strikeouts at the start of the Asian Games. Oh hadn't completed his military service before the Asian Games and received his exemption despite going just 1-for-2 with a walk in three games off the bench in Jakarta.

Mindful of scathing, vitriolic online criticism of Oh and other national team members, Sun asked the public to put an end to "groundless slander and speculation" against his players and added, "All responsibility rests with me."

The selection of teams for past Asian Games also spurred discussion of players possibly having been picked out of consideration for their military status. Most of the KBO's top stars, and current and future major leaguers received their exemptions at past competitions.

And it has now become impossible to field a competitive team only with players who need military exemptions. Fans began clamoring for the truly best national team, instead of one that included a few token names based on their military status, and criticism over alleged favoritism in the selection process reached a crescendo this year. 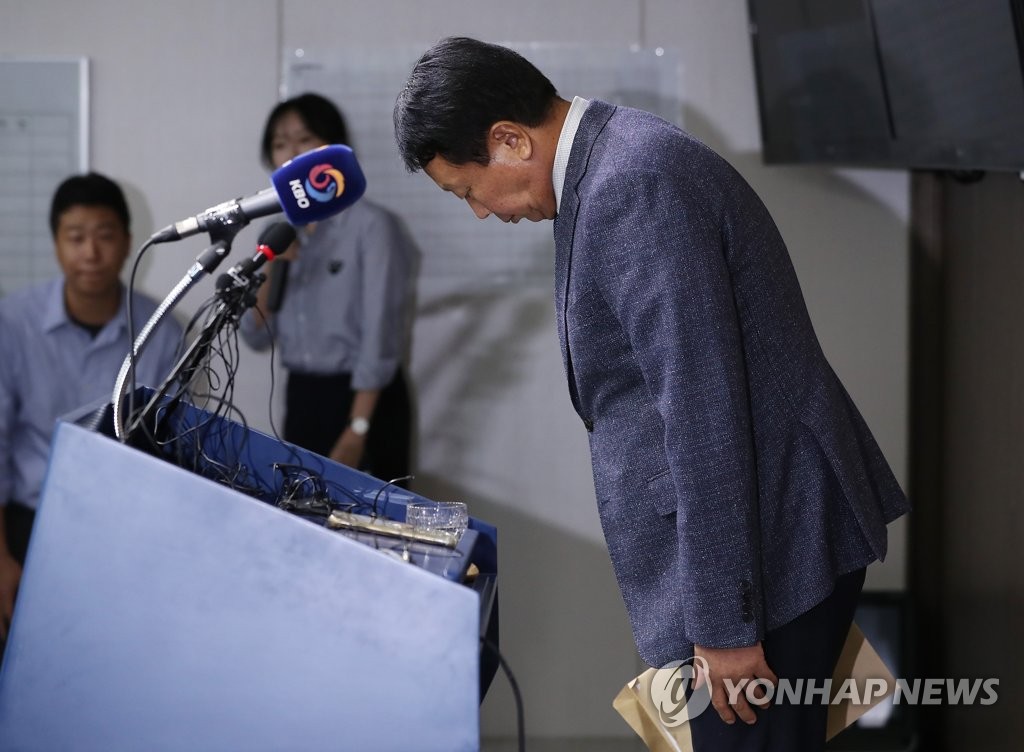 Sun apologized for failing to properly gauge the public sentiment regarding athletes' and their military exemptions.

"I'll honor whatever changes the government brings to the current system on military exemptions," the manager said. "I'll try to keep my ears open to people who love baseball."

Sun became the first full-time national team manager last summer and his term runs through the 2020 Tokyo Olympics, where baseball will make its return following a 12-year absence.