After weeks of silence, Sun finally addressed the controversy surrounding his roster at the 18th Asian Games in Jakarta, where South Korea won its third-straight baseball gold medal last month.

Sun was criticized for picking what many felt were undeserving players based on their military status. While healthy South Korean men must serve about two years in the armed forces, athletes with Asian Games gold medals receive exemptions. And South Korea was a heavy favorite for gold in Jakarta because it was the only fully professional team.

Oh Ji-hwan, an error-prone shortstop for the Korea Baseball Organization (KBO) club LG Twins, became the poster child for the allegations of corruption surrounding Sun's team. Oh hadn't completed his military service at the time of his national team selection in June and he didn't fit the mold of a versatile player that Sun had previously said he would choose. 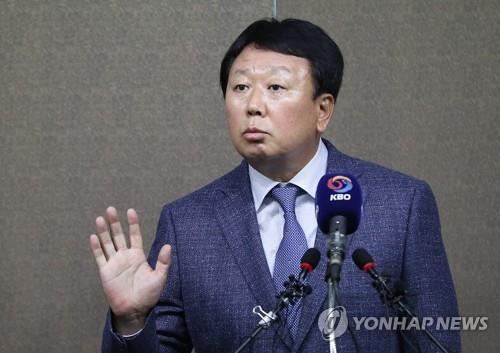 At a press conference at the KBO headquarters in Seoul, Sun said Oh deserved to be on the team based on his skills and stats.

"At first, my coaches and I thought about selecting backup infielders who could play multiple positions," Sun said. "But we decided we just needed a good player. And Oh Ji-hwan had the second-best offensive numbers among shortstops."

Sun picked Kim Ha-seong, a hard-hitting shortstop for the Nexen Heroes, to be his starting shortstop. At the time of Sun's roster announcement, Oh was the only other shortstop batting at least .300 -- with his average right on that number.

But Oh started struggling after his selection. As the KBO entered its Asian Games-mandated break, Oh's batting average was .277. He was also the KBO's leader in strikeouts (120) and errors (17).

Sun made a few changes in mid-August, just days before his first game in Jakarta, to replace injured and slumping players, but Oh stayed put.

"Kim Ha-seong can play both shortstop and third base, and if we needed a backup at third, we thought we could shift Kim to third base and plug in Oh at shortstop," Sun explained.

The KBO disclosed minutes from Sun's meetings with his coaches regarding Oh. They rated Oh as the second-best shortstop in the pool, and based on past national teams, they determined the team would be better off with a full-time shortstop as a backup rather than having a utility man to play the demanding position.

Oh battled stomach flu in Jakarta and only made three plate appearances, going 1-for-2 with a walk. 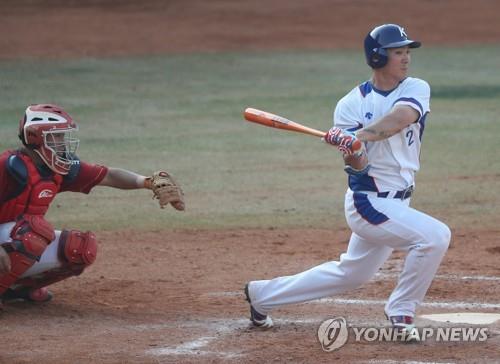