The popular band won the Favorite Social Artist award at the 2018 AMAs held at the Microsoft Theater in Los Angeles, beating out big-name artists such as Cardi B, Ariana Grande, Demi Lovato and Shawn Mendes, Big Hit Entertainment said.

BTS was absent from the awards ceremony because of its London concerts. It sent a video message to the AMAs instead expressing thanks for granting the honor and support from its fan club ARMY.

The win comes a year after the band took the stage to perform at the awards show. In May, the group received the Top Social Artist Award at the 2018 Billboard Music Awards. Last week, it had a concert at New York City's Citi Field, becoming the first K-pop artists to host an American stadium show. 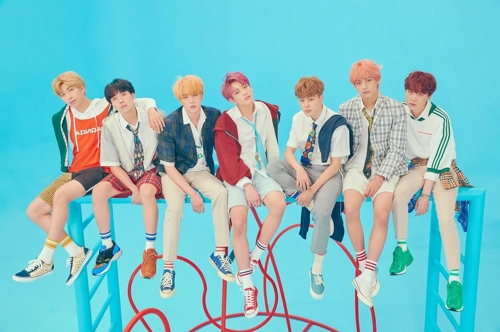