The holding company said its stake investment in Lotte Chemical will help diversify its business portfolio, which currently focuses on retail, food and beverages.

In other efforts to boost shareholders' value, Lotte Corp. decided to cancel 10 percent of its treasury shares on the same day. The company has also decided to transfer 4.5 trillion won (US$3.9 billion) worth of excess capital into an excess income, a sign that Lotte may use some of the excess income as dividends.

Lotte Corp. is set to hold a shareholders' meeting on Nov. 21 to seek approval for the plan.

The move came five days after Lotte Group Chairman Shin Dong-bin was released from jail. He had been in a detention center since February for involvement in a corruption scandal that led to the ouster of former President Park Geun-hye last year.

On Friday, the Seoul High Court sentenced Shin to two and a half years in prison. The appeals court suspended the sentence for four years, meaning that Shin will not have to serve prison time if he stays out of trouble during that period.

Last year, Lotte launched the holding firm in a bid to help Shin solidify his leadership and streamline the group's managerial system.

In April, Lotte eliminated cross-shareholdings of its subsidiaries. 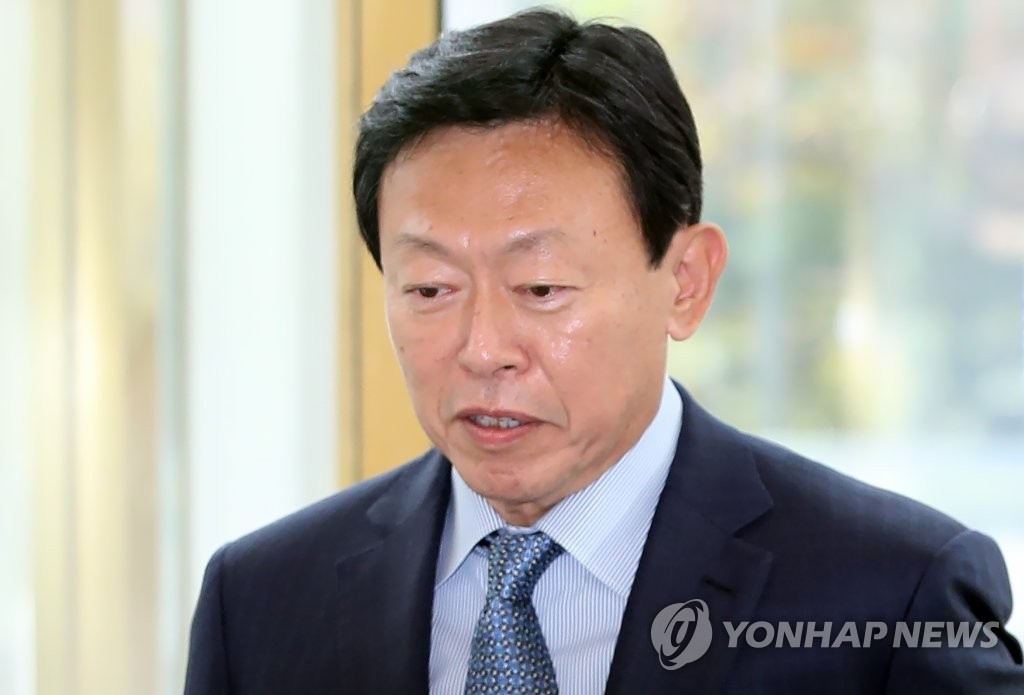