The Culture, Sports and Tourism Committee at the National Assembly said Chung Un-chan, commissioner of the Korea Baseball Organization (KBO), will appear as a witness in the annual audit on Oct. 23.

Rep. An Min-suk, head of the parliamentary committee, said Chung will be asked to address disputed picks on the national baseball team at the 18th Asian Games in Jakarta this past summer.

Manager Sun Dong-yol was grilled by the committee's lawmakers on Wednesday over the same issue. He was criticized for selecting some undeserving players just to help them receive their exemptions from mandatory military service.

Healthy South Korean men are required to serve about two years in the military, but athletes who win an Asian Games gold medal are exempt from conscription. At the Asiad baseball tournament, South Korea was a virtual lock to win the gold medal because it was the only fully professional team in the competition.

During Wednesday's session, Sun denied he had done anything wrong in assembling his team. Faced with mounting pressure after the Asian Games, Chung held a press conference on Sept. 12 -- nine days after the team returned home with gold -- to apologize for his failure to properly gauge the public's sentiment on the military issue. 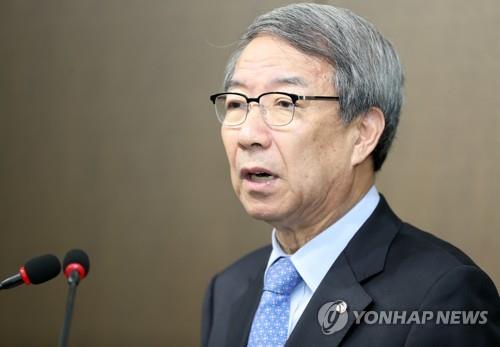