COPENHAGEN, Oct. 20 (Yonhap) -- South Korean President Moon Jae-in called for global efforts to deal with global issues on Saturday, insisting that many challenges facing the world require the efforts of not only governments but also private organizations and individuals.

Addressing the inaugural summit of Partnering for Green Growth and the Global Goals 2030, or P4G, the South Korean president said problems such as climate change and global poverty required the efforts of all.

"Humanity is a willingness to include (everyone) without prejudice," Moon told the meeting. "Today I propose we place the spirit of inclusion at the center even in relations between countries."

The South Korean president emphasized that it would take the efforts of each and every nation to deal with major global issues such as climate change.

"It is impossible to solve an issue that affects the entire earth such as climate change with only the efforts of any given country or the public sector. That is why I look forward to the role of P4G partnership projects attended by various member countries, civic organizations and industrial circles from each continent," he said.

Moon also urged the integration of Asian countries to ensure sustainable growth while tackling environmental issues, noting the region alone accounts for more than one third of the global population.

"But right now, many Asian countries are unable to take earnest measures to protect the environment while pursuing rapid economic growth centered around the manufacturing sector. I believe dealing with climate change and realizing the goals of sustainable development will only be possible when there is the active participation and cooperation of Asia," he said.

The South Korean president also called for the inclusion of North Korea in the process.

"We may help countries like North Korea that have not yet gone through manufacturing-oriented development in pursuing a development model that can ensure economic growth and sustainable development at the same time," he said.

To this end, South Korea will share its own development experience with other countries, Moon vowed.

P4G is a new global network of leaders, businesses and civic organizations to help deliver on the U.N. sustainable development goals 2030.

The Denmark-based forum is currently attended by eight countries, including Vietnam, Mexico and Chile, along with various civic and nongovernmental organizations, such as the Global Green Growth Institute and World Resources Institute.

P4G is designed to be held every two years in different member states.

Moon arrived here Friday as part of an eight-day European tour that took him first to Paris on Saturday, then to Rome, the Vatican and Brussels.

He will head home later in the day. 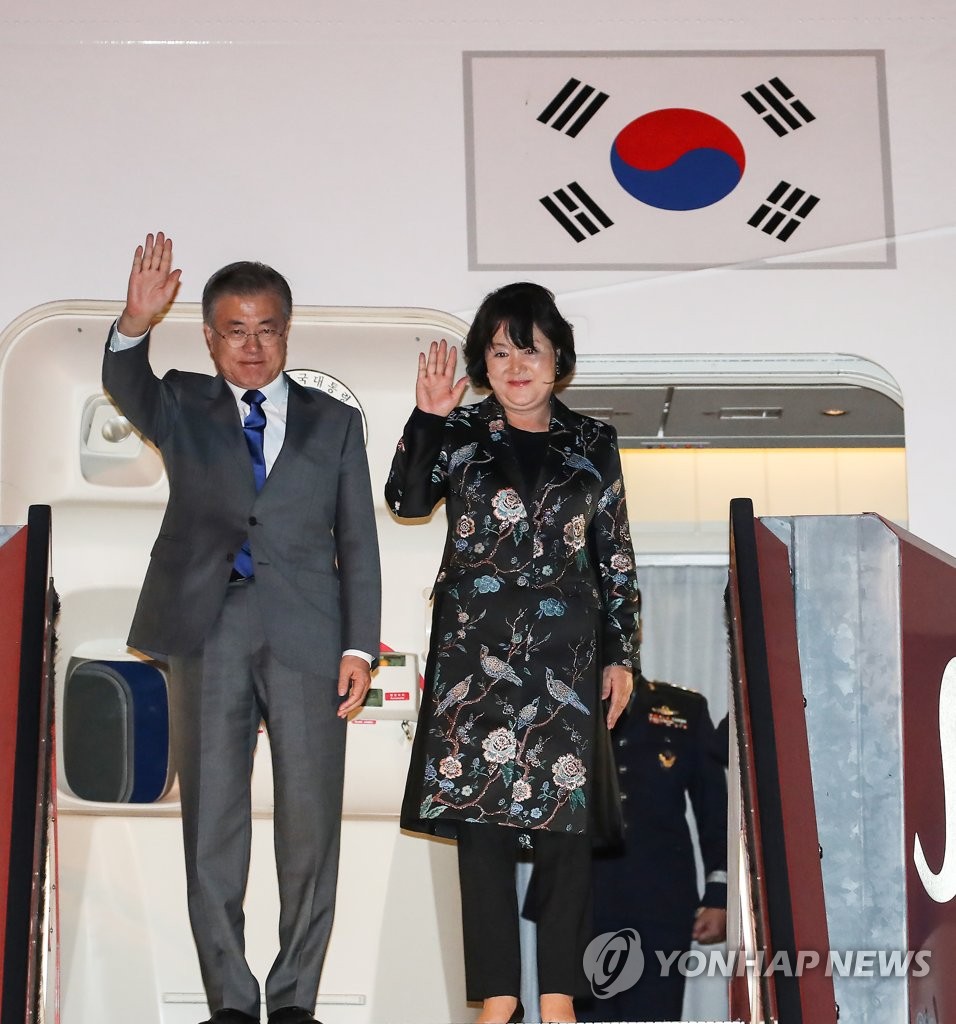