SEOUL, Oct. 24 (Yonhap) -- Returning full-force to the K-pop scene she once reigned over as a first-generation Hallyu star, BoA on Wednesday released her ninth full-length album, which explores different interpretations of femininity and inspires a girl crush.

"This year marks the 18th anniversary of my debut. I came up with the idea that I need to sing more great music to fans when I was delving into how I would be able to enjoy (my music career) more over the next 20 years," BoA said in a press showcase of her new album. "I think I also need to perform more."

The title track, whose lyrics were written by BoA, reflects her own growth from a girl to a full-fledged female adult who is not bound by the traditional notions of femininity.

"Being pretty is, of course, important. But I wanted to express more varied images of women, like their defiant or humorous sides," BoA said.

"The lyrics say you illuminate the most when you are true to yourself. It has this message of finding one's own beauty and strength rather than trying to become another person."

"The word 'woman' is a sensitive subject, but personally I think humankind is able to exist because men and women are equal," she said. "I wanted to convey the images of wanna-be women. I wanted to write a song that raises women's self-esteem with which I can do self-hypnosis."

To visualize the message, she adopted the girl-crush concept for the title track's music video and stage performance, as well as her stage costumes. 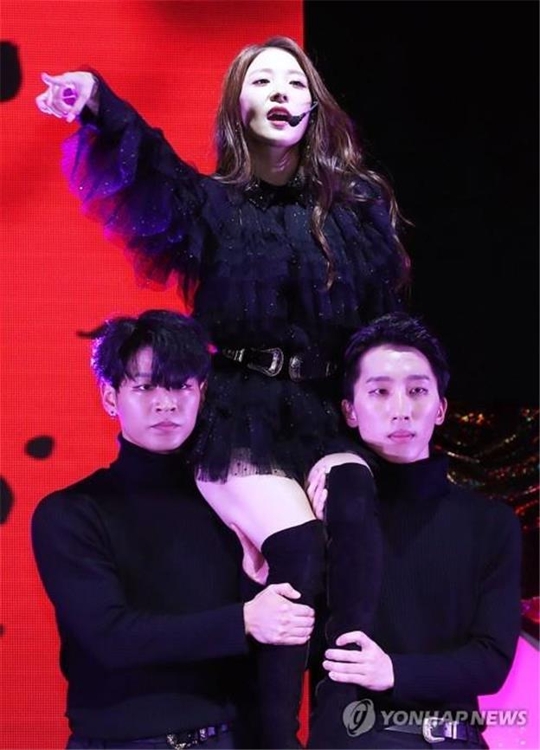 The song "Woman" begins with the tapping sounds of a pair of stiletto shoes and brings back the signature vigor of BoA's dance performance.

Turning to her 30's, her physical vigor is not what it was when she was in her teens or 20's, BoA said of her long K-pop career.

"In my teens, I felt my dance was rigorous and disciplined while my skills improved in my 20's," according to her. "In my 30's, I think I have more feminine (body) lines when I dance," she said.

Now, she is on a special health care regime to keep up with the latest round of her performance career, she said, referring to her abstention from alcohol and regular visits to a gym.

The album's third track, "Irreversible," whose Korean title translates as "In a Fit of Anger," is another song that reflects BoA's girl crush concept. This song is one of the four tracks both composed and written by BoA.

BoA is in fact one of the first K-pop stars who came to global fame and helped Hallyu, or the phenomenon of global popularity of Korean pop music, take root, making her the first Korean singer to top Japan's Oricon music chart with her first full-length album, "Listen to My Heart," in 2002.

"When I first went to Japan, there was not even the word K-pop. I was afraid, but at the same time very much encouraged by people who congratulated me on my success as if it were their own success," she said.

Having come this far, she is "feverishly cheering for NCT 127 and BTS" for their global performances and accomplishments, BoA noted. 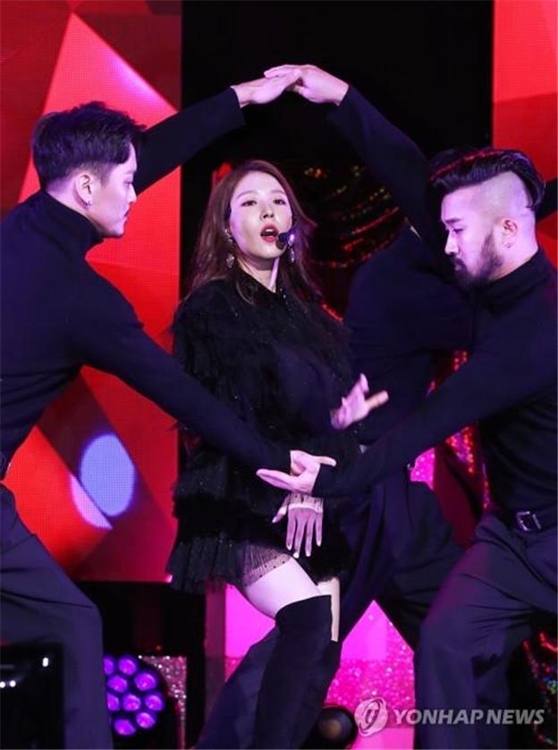