SEOUL, Oct. 25 (Yonhap) -- The two Koreas and the U.S.-led U.N Command (UNC) on Thursday wrapped up the process of disarming the Joint Security Area in the Demilitarized Zone (DMZ), Seoul's defense ministry said.

As of 1 p.m., they completed the work of withdrawing military posts, armed troops and firearms from the JSA in the buffer zone separating the two Koreas, in line with last month's inter-Korean agreement aimed at reducing tensions, preventing accidental clashes and building mutual trust.

On Friday and Saturday, the three sides will carry out joint verification work to ensure that the JSA is completely disarmed.

"The military authorities of the two Koreas and the UNC will make joint efforts to ensure that the JSA disarmament, stated in the Sept. 19 military agreement, will be implemented normally," the ministry said in a statement.

Once the disarmament is complete, Korean people and foreign tourists will be allowed to cross the military demarcation line from 9 a.m. to 5 p.m. The South and North will each station a patrol of 35 unarmed soldiers, including five officers, there.

The two Koreas conducted 20 days of demining work for the disarmament that began Oct. 1. They and the UNC have officially verified the landmine clearance work.

The three sides are expected to discuss in detail how to form and operate a joint apparatus to manage the JSA following its disarmament.

The two Koreas agreed to disarm the JSA under the military agreement their countries' defense chiefs signed during the third summit between President Moon Jae-in and the North's leader Kim Jong-un in Pyongyang last month. The UNC oversees activities inside the DMZ. 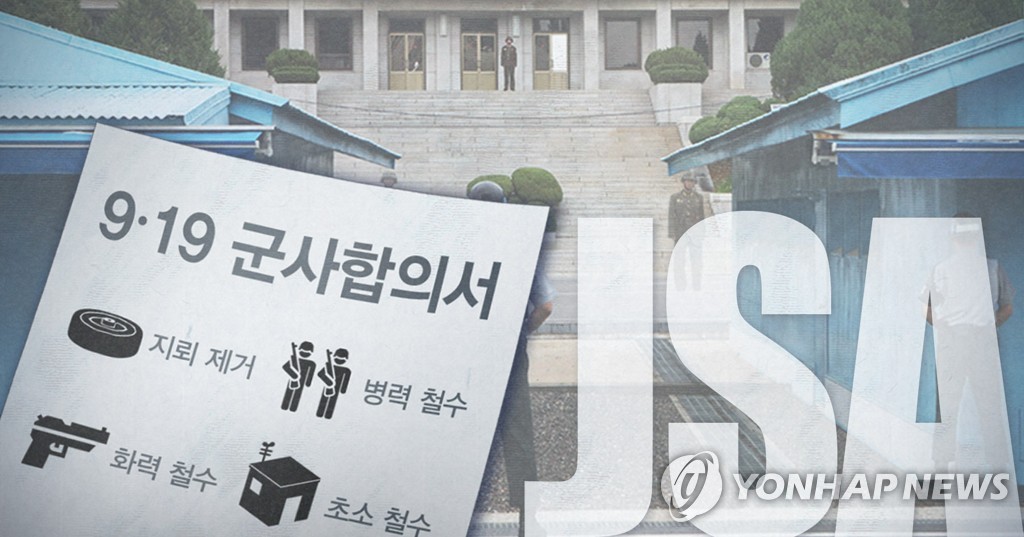