SEOUL, Oct. 26 (Yonhap) -- North Korea has recently kicked off an exhibition of information technology in Pyongyang, displaying a number of its achievements in the field, the North's Korean Central News Agency (KCNA) said Friday.

The KCNA said that a number of current IT products were presented at the 2018 National Exhibition of IT Successes, which recently opened at the Three-Revolution Exhibition House under the theme of "The age of knowledge-based economy and IT enthusiasm." 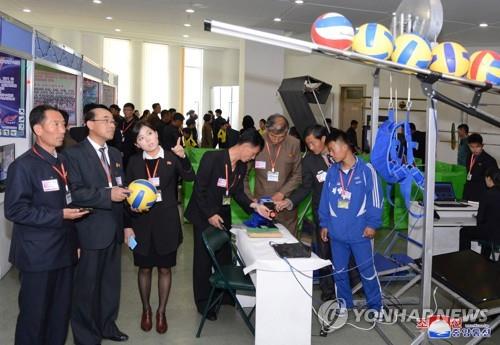 Kim In-chol, section chief of the National IT Administration, told the KCNA that many products adopting ultra-modern intelligent technologies, like artificial intelligence technology, bulk-storage data analyzing technology and searching technology, were presented at the exhibition.

"What drew attention of visitors was the marine command system to get real-time information of positions and fish catch of ships, receive distress call and cryptogram and give specific instructions in time. It is said that the system is of high economic effectiveness for guaranteeing the safety of
fishers, increasing the fish catch by 1.5 times and saving much fuel," said the agency in an English dispatch.

It also said that among popular IT products were a general tool for producing and managing software, management system for academic contest, industrial intelligent interface "Achim" (morning in Korean) easy to control power line communication and tablet computer "Taeyang 8321," which is capable of getting wireless access to networks.