SEOUL, Nov. 1 (Yonhap) -- The armed forces of South and North Korea on Thursday ceased all "hostile acts" against each other as part of a set of confidence-building measures under a summit deal, defense authorities in Seoul said.

The comprehensive military agreement, signed on Sept. 19 during their summit talks, took effect at the beginning of the day, banning hostility in every space: land, sea and air.

It also calls for the creation of buffer zones in border areas aimed at preventing accidental clashes and avoiding war.

The two sides are prohibited from conducting live-fire artillery drills and regiment-level field maneuvering exercises or those by bigger units within 5 kilometers of the Military Demarcation Line (MDL).

No-fly zones have been established along the Demilitarized Zone (DMZ) as well to ban the operation of drones, helicopters and other aircraft over an area up to 40 km away from the MDL. 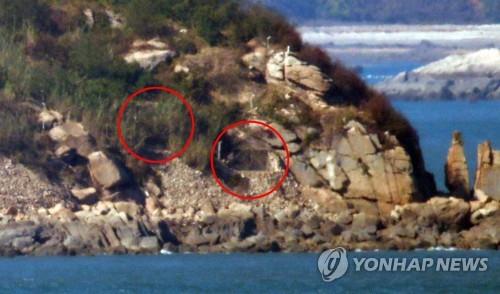 "North Korea has implemented measures to stop hostile acts in accordance with the military agreement, including the recent closure of coastline artillery," the South's Ministry of National Defense said.