SEOUL, Nov. 1 (Yonhap) -- South Korean football player Jang Hyun-soo's decorated international career has come to an end after he was slapped with a life-time ban from the national team on Thursday.

The Korea Football Association (KFA) ruled that Jang will be permanently barred from representing South Korea and will be fined 30 million won (US$26,340) for doctoring his community service records.

The 27-year-old defender recently admitted his wrongdoing after Rep. Ha Tae-kyung of the Bareunmirae Party accused the defender of doctoring his community service records during a parliamentary audit meeting on the Military Manpower Administration. 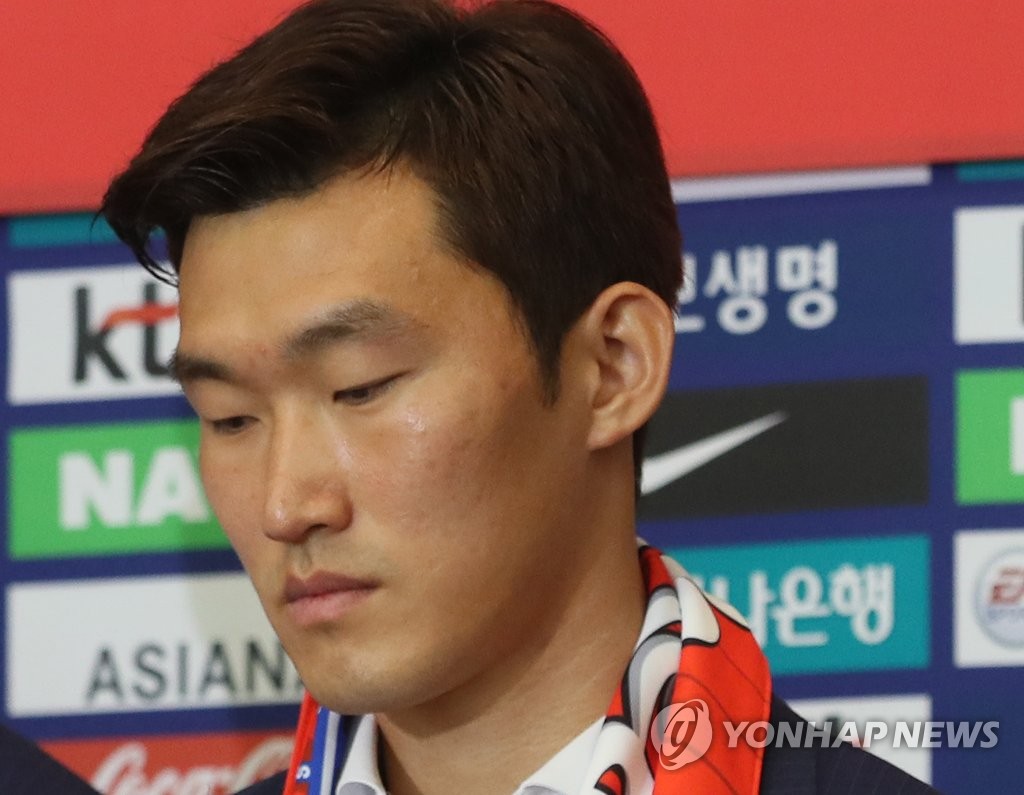 Able-bodied South Korean men are required to serve in the military for about two years. But Jang is exempt from serving the full mandatory service after he earned a gold medal at the 2014 Asian Games. By law, all Olympic medal winners and Asian Games gold medalists are entitled to exemption in recognition of their contribution to the country's reputation and prestige.

But those who earn the exemption need to complete basic military training, which can take up to 60 days, as well as 544 hours of sports-related community service over 34 months. The law on community service was designated in July 2015.

According to Ha, Jang submitted a document stating that he had completed 196 hours of community service in December 2017. But it turned out that the outdoor activities Jang claimed to have completed were impossible on the specified dates due to heavy snow. In addition, photos that Jang submitted for proof of community service on various dates were actually all taken on one day, the lawmaker claimed. 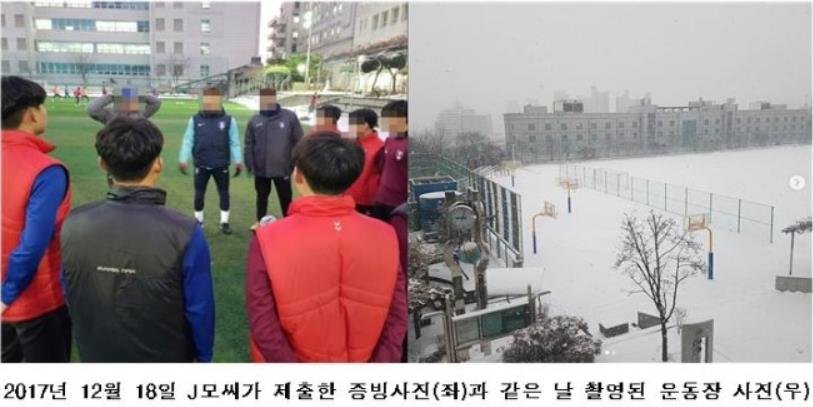 With the KFA's latest decision, Jang's national team career will end with three goals in 58 caps.

Jang is one of the elite players for South Korea. He has been representing the country from the under-20 level and established himself as a promising defender after competing at the 2011 FIFA U-20 World Cup.

In 2012, he was named for the final roster for the London Olympics, but was dropped just before the competition due to injury.

However, Jang continued to rise in the football scene, making his senior debut in 2013. He missed the 2014 FIFA World Cup but led South Korea to win the gold medal at the 2014 Asian Games in Incheon. With Asian Games gold, he was exempt from the full-time military service.

Jang's senior national team career started to take off from 2015. He first helped South Korea to a runner-up finish at the Asian Football Confederation (AFC) Asian Cup and then led the Taeguk Warriors to victory in the EAFF East Asian Cup title. The versatile defender, who can play as center back, right back and defensive midfielder, was named the MVP of the regional tournament. 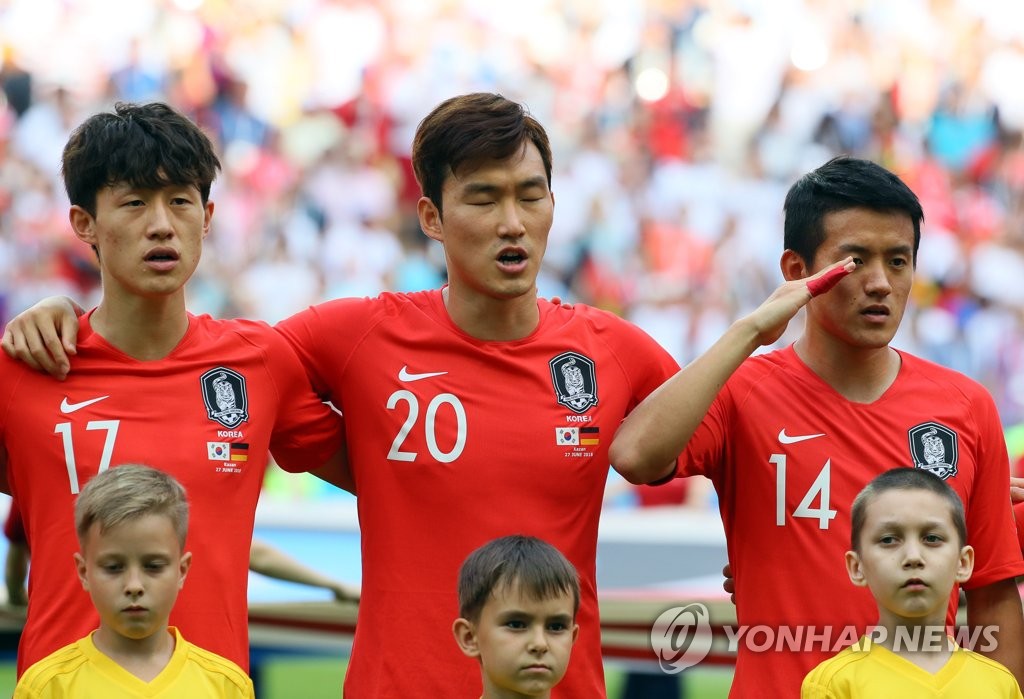 Jang then represented South Korea at the 2016 Rio de Janeiro Olympics as one of the team's three overage players, better known as wild cards.

Jang established himself as a core player after helping South Korea reach the 2018 FIFA World Cup. He was one of the regular picks for head coaches Uli Stielike and Shin Tae-yong. In 2016 and 2017, he was the player who made the most national team appearances.

But Jang has not been a fan favorite. South Korean football supporters started to lose their patience after watching his performance at the 2018 World Cup, where the national team suffered an early exit with one win and two losses.

With one mistake after another, he became a scapegoat for the team's woes at the World Cup in Russia. Some angry fans even filed an online petition to the presidential office, calling on national team officials to axe Jang from the squad.

But even after the World Cup, Jang remained the national team's core defender. Jang was the starting center back under new head coach Paulo Bento and has played in all four friendly matches so far.

Bento described Jang as a player whose quality is above average. And Jang was one of the core players in Bento's team that emphasized a build-up from the back.

With Jang now unavailable for the Asian Football Confederation (AFC) Asian Cup next year, as well as the 2022 World Cup in Qatar, Bento now has a dilemma to solve. 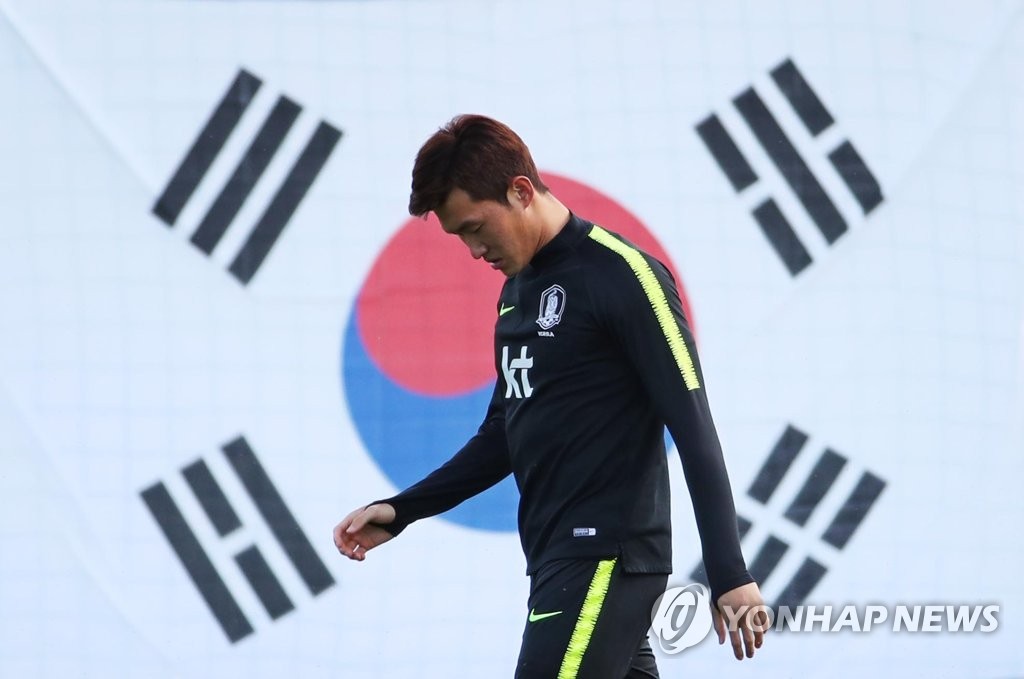