South Korean Vice Sports Minister Roh Tae-kang met his North Korean counterpart, Won Kil-u, with other officials at the joint liaison office in the North's border town of Kaesong. The meeting started at around 10 a.m.

The two sides were to discuss forming unified teams at the 2020 Tokyo Summer Olympics and other areas of cooperation, including making a joint bid for hosting the 2032 Summer Olympic Games.

This was the first inter-Korean sports talks in four months. The two Koreas previously had sports talks on July 5 in Pyongyang, where the North decided to send its athletes to a table tennis event in the South.

"We've been given a warm reception, so I want us to have such opportunities (to host the North Korean side in future)," Roh said to Won before starting the meeting.

Won replied, "I believe there will be an opportunity. I know we've met each other countless times in the competitions."

Won, who led the North Korean delegation at the PyeongChang Olympics and the 18th Asian Games in Indonesia, recalled the power of the unified Korean team in recent international competitions.

"We've achieved a bright result at the Asian Games in Indonesia with a unified team," he said. "South and North Korean athletes in table tennis and wrestling also played a big role in showing our people's united power to the world. They played an important role for our people who desire development in inter-Korean relations as well as peace and prosperity."

Roh answered, "Now, we're in autumn, which people call the season of harvest. I hope we can collect fruit this fall with the agreements reached at the summit in Pyongyang."

The meeting is one of the follow-ups to facilitate the implementation of the Pyongyang Declaration that was signed by South Korean President Moon Jae-in and North Korean leader Kim Jong-un after their summit in Pyongyang in September. 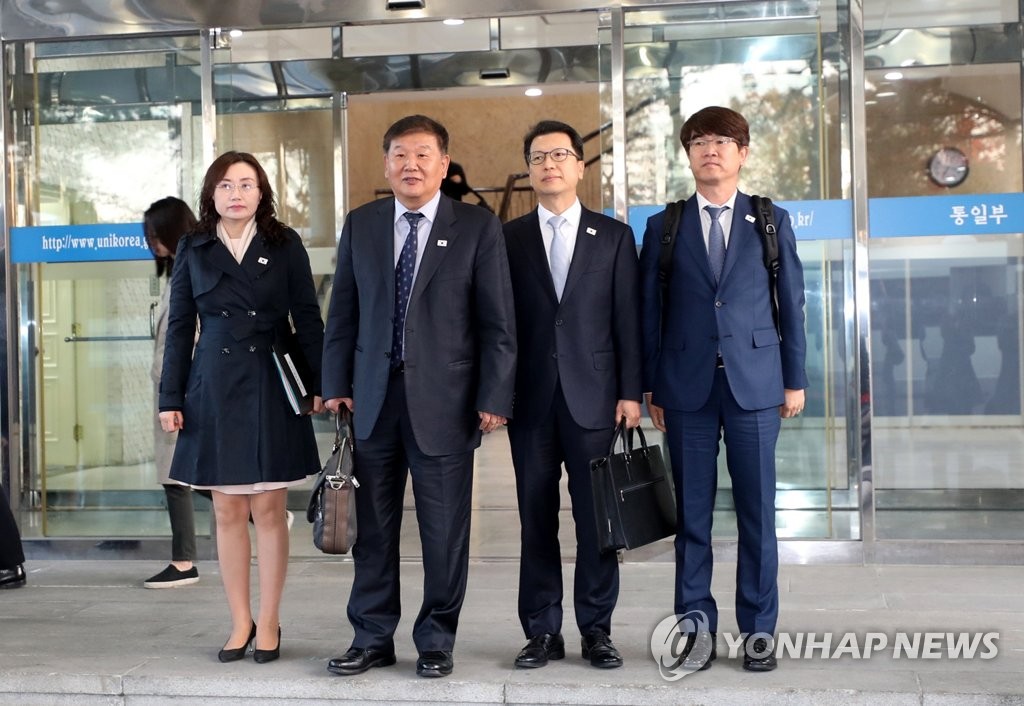