SEOUL, Nov. 5 (Yonhap) -- KBS 2TV is set to introduce yet another television series based on a popular web comic, or webtoon. "Feel Good To Die" is the latest such series on the South Korean drama scene hoping to repeat the success of online comics on the small screen.

The original comic, which was published in 2015 on the South Korean portal site Daum, was given the Comic of the Year award that year by the Ministry of Culture, Tourism and Sports, the Korean Cartoonist Association and the Korea Manhwa Contents Agency.

On the back of its TV dramatization, the series is being republished every Thursday and Friday on the same site. The series has been viewed more than 100 million times cumulatively since its 2015 release. 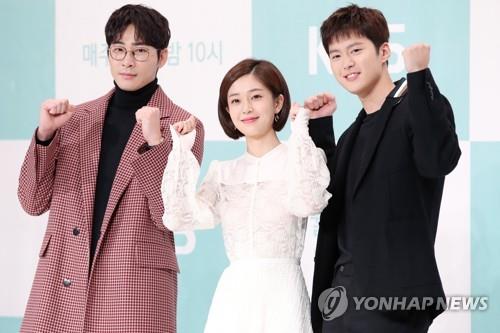 The romantic comedy centers around episodes happening in an office where junior office worker Lee Ru-da, played by Baek Jin-hee, embarks on the nearly-impossible mission of changing Paik Jin-sang, an obnoxious boss hated by everyone, into a nice person.

During the drama's promotional event in Seoul on Monday, producer Lee Eun-jin said she started the latest series wondering if it was possible to reform a person.

"Everyone must have a hateful boss at least once in their lifetime. The thing is, bad bosses don't realize they are the real life version of Paik Jin-sang. Those bosses truly believe they are good and nice. Can we change an obnoxious, nasty person?" she asked.

"It would be a near miracle if we could do that. I wanted to do just that, even if it happens in a drama," she said. 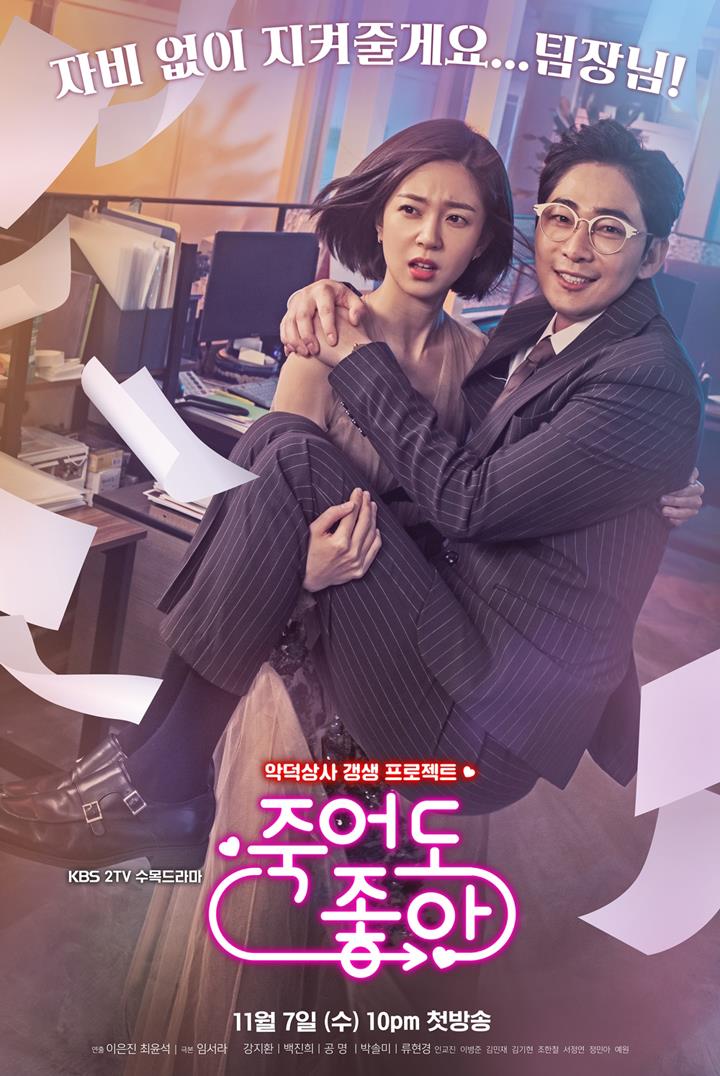 The producer continued, "The reason why many people are struggling in the workplace is that is where people work together but also come into conflict with each other all the time. We all know how hard it is to work with people we don't get along well with."

Actor Kang Ji-hwan, who plays the bad boss, Paik Jin-sang, said the new comedy series is refreshing for him as his characters in previous TV series were all very serious and strong.

On the question of how similar his real-life self is to the annoying and hateful character, he said, "Not a bit. I can perform this character purely because of my acting ability," drawing laughter from the reporters who attended the press event.

In the past few years, the network has produced several successful office dramas, including "The Queen of Office," "Good Manager" and "Jugglers," and pins high hopes on the latest series.

The main difference between the new and the previous series is that "Feel Good To Die" uses the fantastical element of time loops as a device to introduce more fun into the story.

The producer said that ultimately, the drama aims to give comfort and laughter to many people who are burnt out and bad-tempered in "the era of anger."