SEOUL, Nov. 6 (Yonhap) -- A shocking allegation of exam cheating at an elite high school in southern Seoul has unleashed a storm of anger among South Koreans, adding to deep-seated mistrust over competition-centered public education.

Police are probing a teacher at Sookmyung Girls' High School in the affluent Gangnam district who is suspected of having leaked exam questions and answers to his twin daughters, second-year students at the same school, at least six times over the past year. Their identities have been withheld by law enforcement.

Suspicions first arose in August when some parents raised doubts over the girls' ranks in the July exams in an online community site. They both came out at the top, results achieved in far too short a time considering their previous grades -- 59th and 121st.

Police took over the case from the Seoul education board and concluded that the father and daughters had illegally accessed the exam papers. They found evidence that suggests they had exchanged details about questions and correct answers in certain subjects via their mobile phones.

Police have also forensically retrieved a memo from one of the twin's phones that had answers to some English questions. The father is likely to be charged for obstruction of business, punishable by a prison term of up to five years if convicted.

The father has denied any wrongdoing. One of the twins was hospitalized after experiencing breathing problems while being questioned by the police. 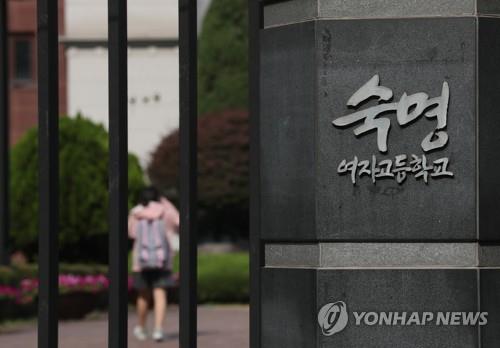 It is not uncommon in Korea to come across news about cheating at school involving students, parents and teachers.

In a country where getting into a top-tier college is perceived as the surest ladder to success in life, some parents regress to reckless acts out of blind love for their children.

In July, a high school official in the southwestern city of Gwangju was caught for leaking 12th year student exam papers in return for bribes from parents. In another case in Seoul, a teacher was given a disciplinary penalty for informing some students of math questions.

Education authorities estimate that at least 13 such cases have occurred across the country this year alone.

"It's just such cutthroat competition that parents, who obviously want the best for their kids, seek through perverse love ways that would open doors for them," Lee Byung-hoon, a sociology professor at Chung-Ang University, said.

Yet the latest case of Sookmyung Girls' drew fresh ire from the public because it's known as one of the top private girls' high schools in the country.

Besides its 110-year-old history, the school has boasted of having the highest rate in the number of students making it to the top universities in the country, primarily Seoul National University.

Many parents expressed a sense of betrayal and dismay over the alleged cheating by the father teacher and his daughters.

"It's already heartaching to see my kids having to put up with all the schoolwork. And I am so furious and feel sorry that there's little we can do," a parent wrote in an Internet post.

Some of them pointed out that the current system of allowing university applications only based on school grades are to blame for triggering cheating.

"The assessment-only based system is so subjective because teachers mark the students at their full discretion, and getting one question wrong can bring the rank down by up to 20-30 places," another parent wrote.

Some 600,000 students every year sit for the College Scholastic Aptitude Test (CSAT) to apply for college. As the exam is considered a life-determining event for students, the fact that the one-day test decides their futures has been a big burden.

The Ministry of Education began to allow a dual-track approach in the application process, allowing universities to also select freshmen based on their school assessments as an alternative to the CSAT-only based system.

But the assessment-oriented selection has spawned pressure no different from the CSAT-based system for students and parents. Students still have to survive the hell of keeping their grades and ranks up for the agonizing three years of high school, not to mention all the other extracurricular activities they need to do to best prove they are "all-around."

"This kind of dishonesty (in the Sookmyung case) can have serious repercussions in society, to the extent that everyone begins to doubt one another and nobody can be trusted," Lee said. "Unfortunately, it's hard to deny that this is exactly what our children might be witnessing today." 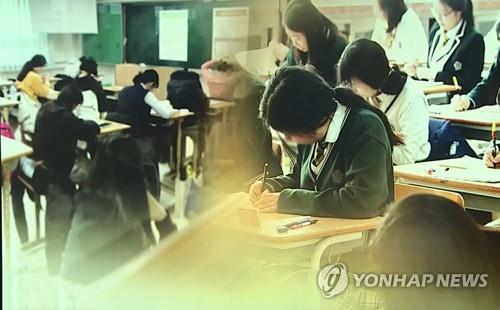