SEOUL, Nov. 9 (Yonhap) -- President Moon Jae-in renewed his commitment to a "fair economy" Friday, saying it's time for South Korea to put a focus on inclusive growth rather than speedy growth that only enriches conglomerates.

Moon made the remark during a fair economy strategy meeting involving six related government ministries agencies, stressing that South Korea has grown into one of the biggest economies in the world in a short period of time, but benefits of growth have not been shared fairly.

"In the past, our people worked day and night under the goal of building a well-off nation and became an economic power ... in just half a century, but fairness was lost in the course of economic growth," Moon said during the meeting held at the Convention and Exhibition Center in southern Seoul.

"The jointly achieved results concentrated on conglomerates," he said. 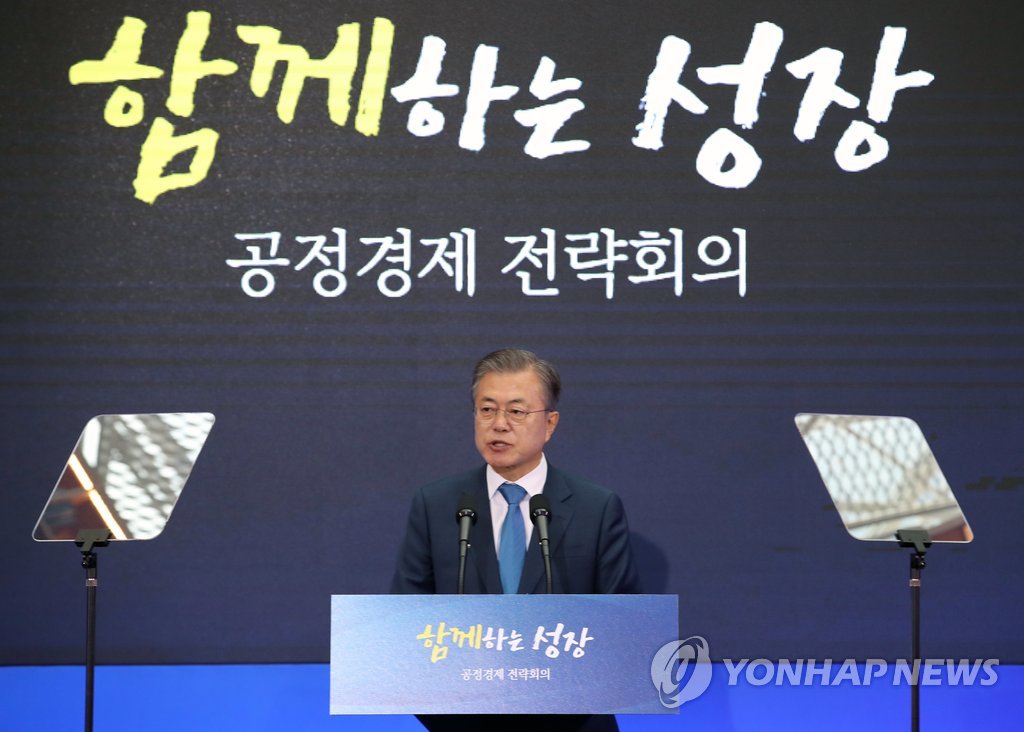 Small and medium-sized enterprises failed to grow together with conglomerates, and the livelihoods of ordinary people became more difficult due to foul play and corruption, leading to the deepening of wealth inequality and the weakening of corporate competitiveness, Moon said.

"Realizing economic democracy through a fair economy is the way to make ordinary people, back-alley businesses, small and medium-sized enterprises, and conglomerates well-off together," he said.

Moon said the government has taken a series of steps to fix unfair business practices, such as big businesses preying on smaller firms, and will continue to do so going forward to ensure fair opportunities and competition.

Moon said there is still a long way to go to realize a fair economy and economic democracy, but the government is doing its best to create a new economic order. He also called for parliamentary support for the passage of a series of pending bills aimed at advancing the goal of a fair economy.

"Now, our economy should move forward 'together,' rather than 'fast,' and it should go further steadily," he said. "Let's make efforts together to make 'fair economy' the roots of our economy. The government will provide support for businesses to do their best."
(END)