SEOUL, Nov. 11 (Yonhap) -- Cheong Wa Dae sent a gift of 200 tons of tangerines to North Korea, in return for the North's mushrooms in September following the summit between the two leaders in the North's capital city of Pyongyang, the presidential office said Sunday.

According to the text message sent by presidential spokesman Kim Eui-kyeom to reporters, South Korean cargo planes carrying the fruit left the resort island of Jeju for Pyongyang earlier in the day. On board are Vice Unification Minister Chun Hae-sung and Suh Ho, presidential secretary for unification policy, who will oversee and deliver the shipment.

"Tangerines were chosen because they are in season at the moment, and it is a kind of fruit that is rare in North Korea," Kim said, adding that the office hoped as many North Korean people as possible can taste them.

The tangerines, packed separately in 20,000 boxes, are being sent to the North in four shipments until Sunday. Four cargo planes will fly each shipment. The first shipment is expected to arrive in Pyongyang at 10 a.m. and return to Seoul at 1 p.m., Kim said. 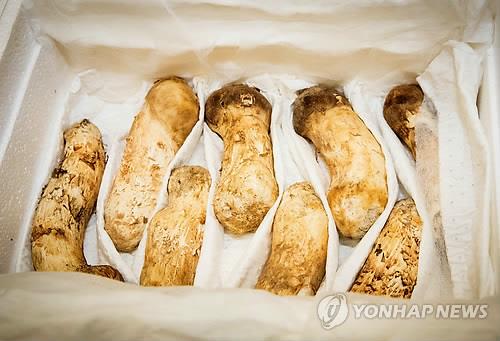