"The Korean people will definitely exact an apology and compensation from Japan for its past sins," the North's official newspaper said, referring to Japan's recent protest over the South Korean Supreme Court's ruling on Oct. 30 to order a Japanese steelmaker to compensate four South Koreans for wartime forced labor and unpaid work.

The top court upheld an appeals court ruling in 2013, which ordered Nippon Steel & Sumitomo Metal Corp. (NSSM) to pay each plaintiff 100 million won (US$87,720) in compensation.

The newspaper called Japanese politicians' objections to the ruling, "Yet another fuss that shows their shameless nature to escape responsibility for past sins."

The ruling is "the reflection of South Korea's public sentiment to get paid for the unforgivable past sins committed by Japan," it said. 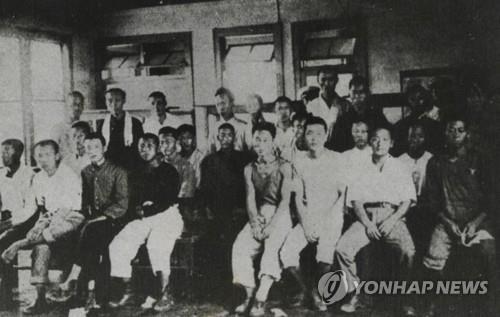 Tokyo has decided to change the term for wartime forced laborers to a "laborer from the former Joseon Peninsula," NHK reported Sunday. Joseon is the name for the last dynasty of Korea. Previously, it mainly called them "drafted workers."

The recent move is seen here as Tokyo's attempt to conceal the fact that these laborers were forced to work against their will during the colonial period.

Japanese lawmakers, including Prime Minister Shinzo Abe, have recently reiterated their government's official stance that Japan didn't force them to work, and that any wartime compensation issue was fully settled in the 1965 bilateral accord on normalizing the countries' diplomatic ties.

But Seoul has argued the deal does not cover all issues, including Japan's wartime sexual enslavement of Korean women.
(END)

N. Korean newspaper slams Japan for not acknowledging past wrongdoings

N. Korean newspaper slams Japan for not acknowledging past wrongdoings