SAN FRANCISCO, Nov. 11 (Yonhap) -- Samsung Electronics Co. will release its new foldable smartphone within the first half of next year, planning to deliver at least 1 million units to the market, its mobile business chief has said.

After years of rumors and speculation, the foldable phone, which is a tablet when it's fully opened and becomes a smartphone when closed, was revealed during the annual Samsung Developer Conference in San Francisco on Wednesday and Thursday.

It uses a new display technology called Infinity Flex Display that allows users to open and close the device a countless number of times without degradation.

"We can't confirm the date but will release (the foldable phone) within the first half of next year," Koh Dong-jin, president of IT & Mobile Communications at Samsung Electronics, said in a press briefing held in San Francisco on Thursday. "The first batch to be delivered will be at least 1 million, and the company is set to produce more if it's well-received in the market."

Koh said offering the first look at the long-awaited phone to its developers means that its foldable phone technology has come to a level for mass production.

"We would have long ago released a foldable phone if we were only interested in making a product that people would soon get tired of using," Koh pointed out. "Samsung Electronics tried to pursue the best user experience with the foldable phone to take the lead in the market, taking into consideration the display, battery and size."

After meeting with Google CEO Sundar Pichai two months ago, Samsung has formed a task force to create the effective mobile user experience on the Android platform and unveiled the prototype to developers so they can make software specifically for its devices, Koh said.

"We have overcome several obstacles, including making folding lines invisible," Koh said. "We only need to come up with details of the user interface."

Samsung plans to release Galaxy S and Galaxy Note series, along with a foldable lineup every year in selective markets, the tech company said.

The new device will be hitting the market at a time when Samsung's handset sales have been slowing in major markets amid tougher competition with Apple in the high-end market and Chinese rivals in the lower-end segment. 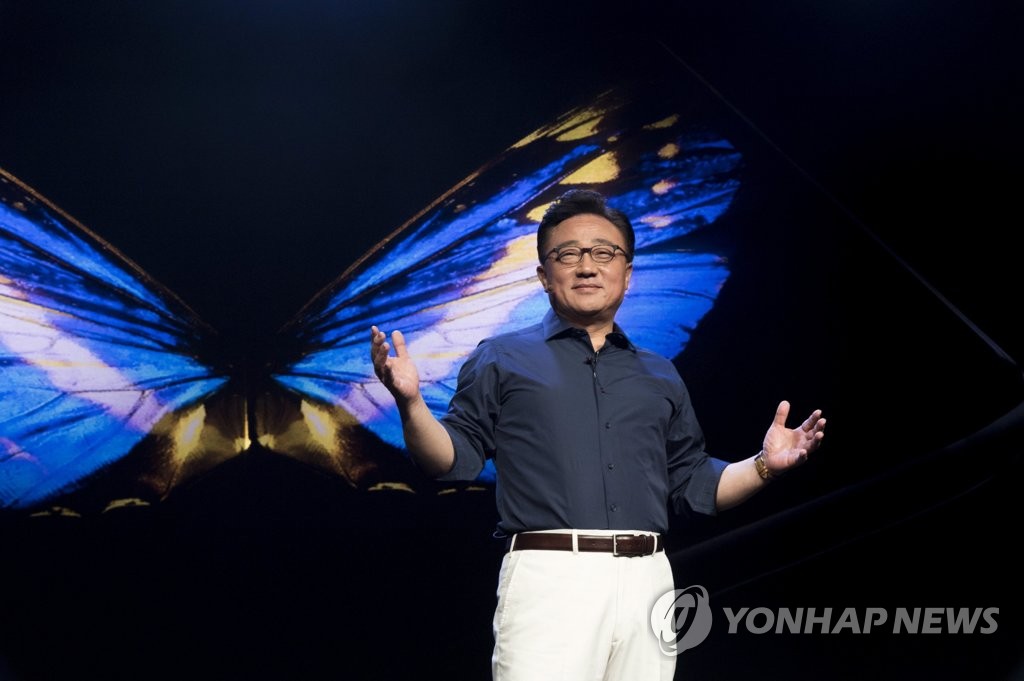 Samsung to release foldable phone in first half of 2019

Samsung to release foldable phone in first half of 2019