"Currently, consultations are under way between South Korea and the U.S. in connection with lifting limits on the use of solid fuel for space vehicles to strengthen space development in the civilian sector," the Ministry of Foreign Affairs said.

It did not provide more details, citing ongoing state-to-state negotiations on the sensitive matter.

Seoul needs to address concerns that it may try to use the solid-propellant rocket technology for its military. It's known to be quicker, simpler and more cost effective to launch solid-fuel rockets than liquid-based ones. 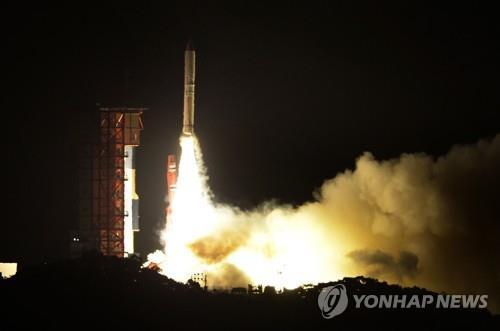 Japan, another regional ally of the U.S., is allowed to develop solid-fuel rockets.

Shin Beom-chul, a senior fellow at the Asan Institute for Policy Studies in Seoul, pointed out that solid-fuel missiles are becoming more popular in the military field.

He added that South Korea should therefore convince the U.S. that it needs to develop a solid-fuel space vehicle just for technology acquisition, as it remains banned from possessing long-range missiles under a bilateral accord.

Seoul's move toward this additional rocket technology comes amid a nascent detente on the peninsula.

It may antagonize North Korea and other regional powers such as China and Russia, but the peace mood could help lessen misunderstandings over Seoul's intentions.