During the meeting on the sidelines of the annual ASEAN summits in Singapore, Sisoulith expressed thanks for South Korea's support for the country in the wake of a dam collapse in July that killed 40 people, injured 66 and left about 6,000 homeless.

South Korea's SK Engineering & Construction was a partner in the dam construction project.

Moon said that the number of South Koreans visiting Laos rose to about 170,000 last year and that such brisk people-to-people exchanges mean that the two countries have close relations. 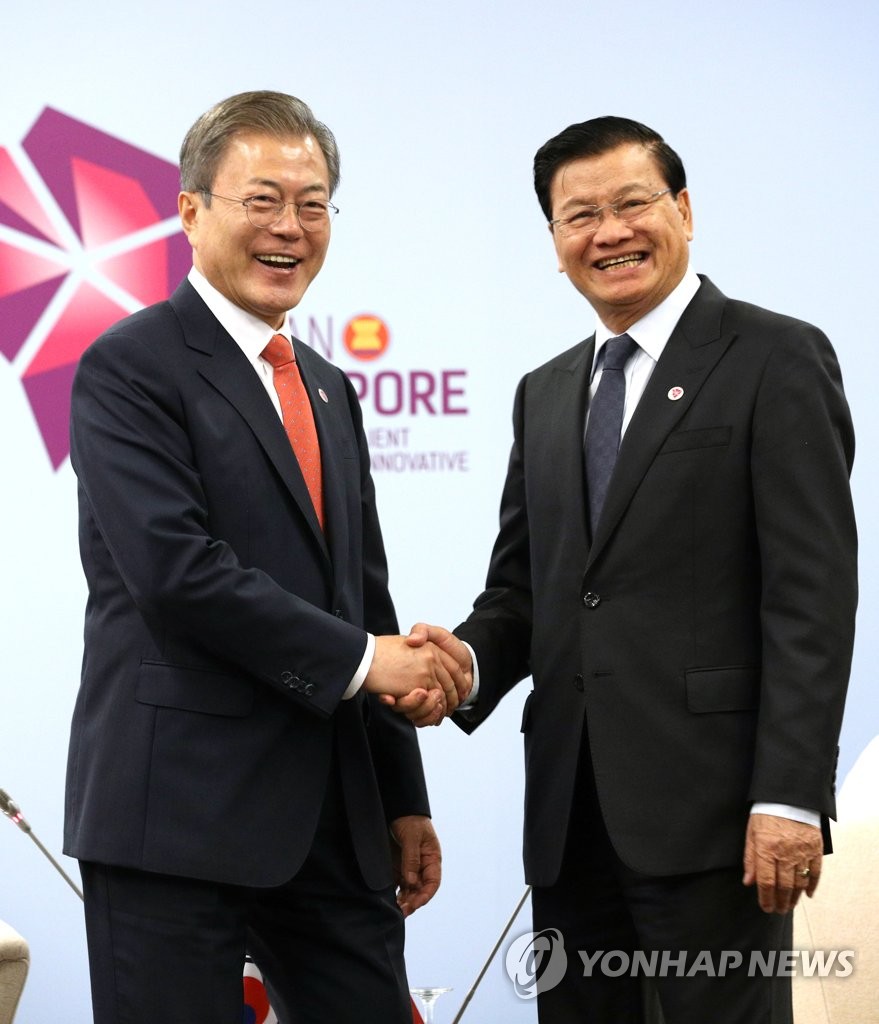