SINGAPORE, Nov. 16 (Yonhap) -- President Moon Jae-in left Singapore for Papua New Guinea on Friday for this year's summit of the Asia Pacific Economic Cooperation (APEC) forum and bilateral meetings on its sidelines, including one with Chinese President Xi Jinping.

North Korea's denuclearization process is expected to dominate the meeting with Xi set for Saturday. It will be their fourth meeting since Moon took office last year. They last met in December when Moon made a state visit to China. 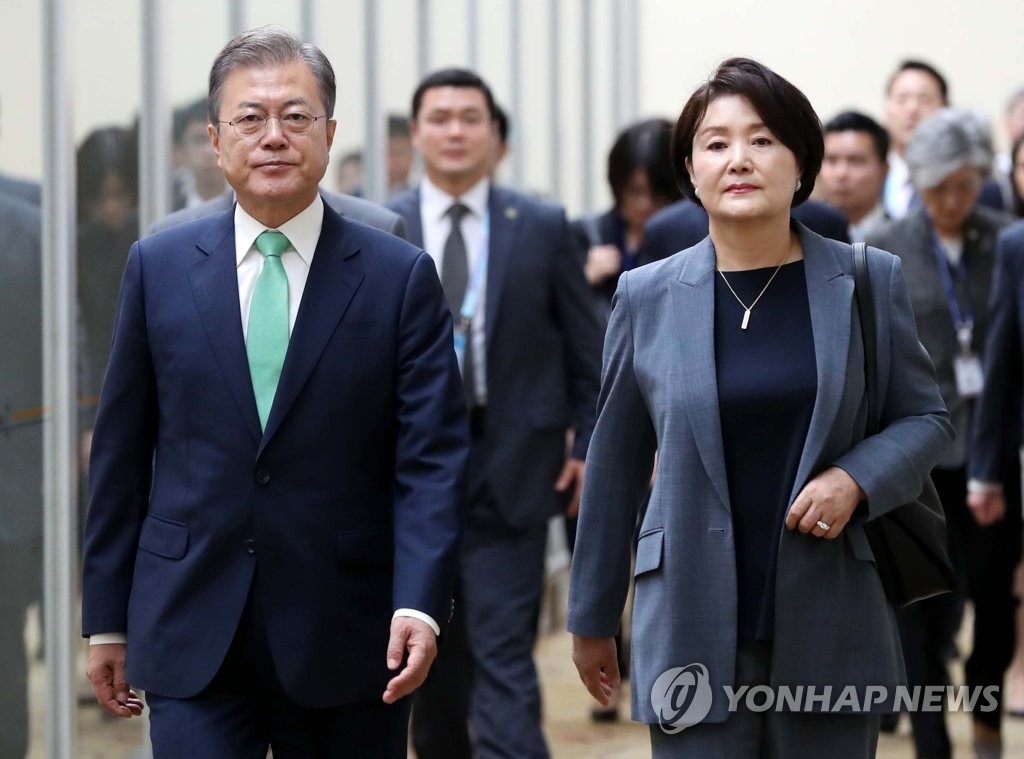 While in Singapore for annual regional summits, Moon also held bilateral meetings on the sidelines with Russian President Vladimir Putin and U.S. Vice President Mike Pence. North Korea was a key topic for both meetings.

The trip to Singapore and Papua New Guinea came as the North's denuclearization process has made little headway in recent weeks, with the planned high-level talks between the U.S. and the North having been called off at the last minute last week.

During the APEC summit, Moon plans to outline his vision for an innovative and inclusive nation and propose creating a joint fund, the APEC Digital Innovation Fund, aimed at improving the region's digital capabilities.

Moon is scheduled to return home on Sunday.
(END)