He was arrested last Friday.

Police also booked and referred to the prosecution 19 current and former company officials and 61 regular uploaders of lewd files.

Police said Yang gave them incentives for uploading and owned an online filtering company to prevent such files from being filtered out on the Internet.

While the probe into the storage services was underway, video footage went viral showing him assaulting an employee in the office. He was also shown killing chickens with a crossbow and having an employee kill one with a sword during a company retreat.

In addition, Yang is suspected of smoking marijuana with eight company officials in 2015. They were also booked and referred to the prosecution. 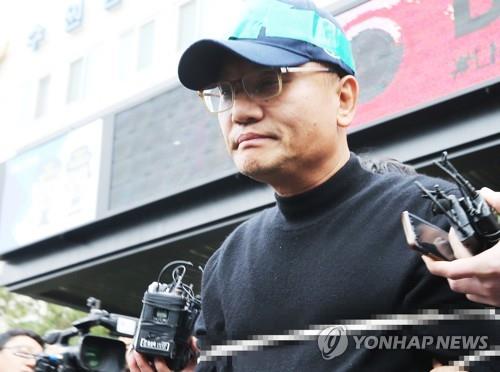