In an address at the 2018 International Convention for Peace and Prosperity in the Asia Pacific in Goyang, north of Seoul, Ri Jong-hyok, vice chairman of the Korean Asia-Pacific Peace Committee, said that North Korea's summits with South Korea and the United States this year and subsequent joint declarations have signaled the advent of an era of peace in the region. 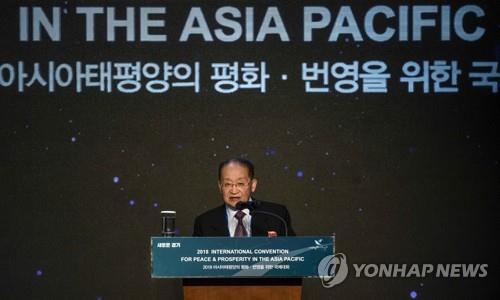 He then strongly criticized Japan for forced mobilization of Korean laborers during its colonial rule of the Korean Peninsula from 1910 to 1945.

"For the past 70 years, Japan has not even acknowledged its various war crimes, including forced labor and sexual slavery, not to mention an apology or compensation," Ri said, accusing Tokyo of concealing and denying its own crimes and creating a social atmosphere in favor of a reinvasion.

"South and North Korea should join hands to uncover Japan's crimes and make efforts to prevent the unfortunate history from repeating itself."

Lee Jae-myung, governor of Gyeonggi Province, to which Goyang belongs, and Lee Hae-chan, chairman of the ruling Democratic Party, also gave congratulatory addresses at the forum, calling for efforts to expand inter-Korean cooperation and spread the atmosphere of peace throughout the Asia-Pacific region.

Ri and four working-level officials from Pyongyang arrived in South Korea on Wednesday to attend the international peace forum organized by the Gyeonggi provincial government and a private peace foundation in Seoul.

On Friday morning, the North Koreans toured a residential town and a lake park on the northern outskirts of Seoul. The North's delegates looked around Ilsan New Town and Ilsan Lake Park, in Goyang, north of Seoul, aboard a bus. 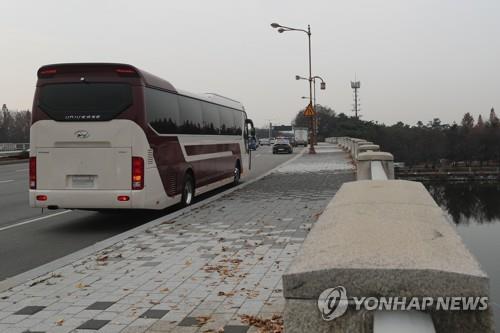 Their bus stopped on a bridge overlooking the lake and a parking lot for five minutes but the North's officials didn't disembark. They plan to return home Saturday.