(ATTN: UPDATES throughout with details from 5th para; ADDS photo)

Lee Do-hoon, special representative for Korean Peninsula peace and security affairs, will make a three-day trip to Washington D.C. from Monday and meet with his counterpart Stephen Biegun.

They will share the assessment of Korean Peninsula security conditions and discuss ways to strengthen cooperation on denuclearization and a peace regime, the ministry said.

Also on the agenda are details of the scheme to establish a working group of the allies for "regular and systemic" communication on denuclearization, sanctions and inter-Korean exchanges. 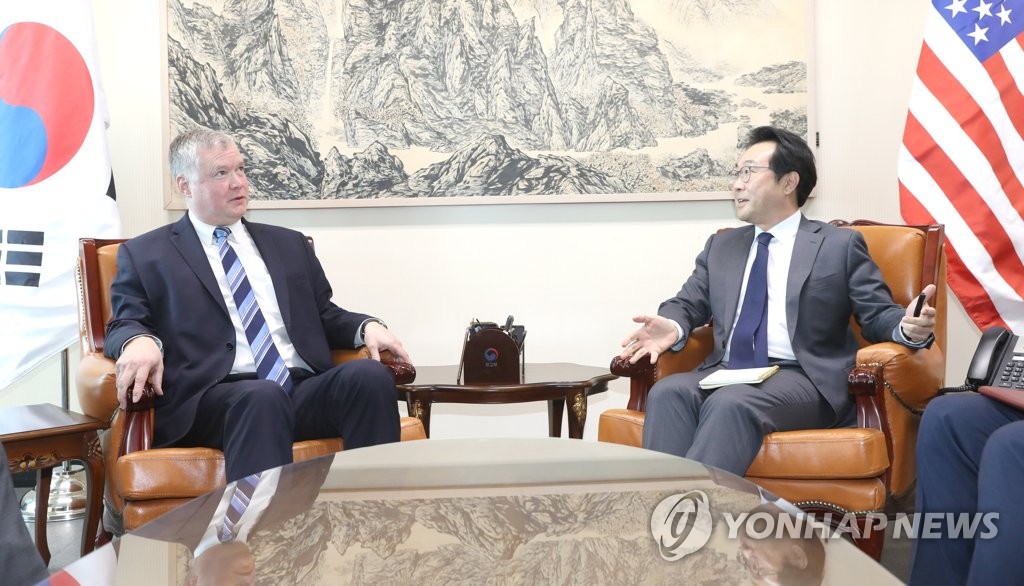 The Lee-Biegun talks would mark their second meeting in less than three week and would be their first talks since the North and the U.S. canceled a plan for high-level talks in New York last week.

The allies face a task of synchronizing the pace of inter-Korean ties and the Pyongyang-Washington dialogue.

While dialogue remains brisk between the two Koreas, President Donald Trump said, following the mid-term election, that he's "in no rush" to hold negotiations with the North.

Earlier this week, a research group of the Center for Strategic and International Studies (CSIS), a Washington-based think tank, said it has located 13 out of an estimated 20 missile operating bases undeclared by the secretive communist regime. The report added to doubts about the North's commitment to denuclearization and a peace regime.

In a gesture seen as aimed at pressing the U.S. to make concessions, the North's state media reported its leader Kim Jong-un guided the test of a "much-awaited, cutting-edge tactical weapon."

It did not elaborate.

U.S. Vice President Mike Pence said on his Asia trip that Trump is expected to meet Kim early next year.