SEOUL, Nov. 16 (Yonhap) -- South Korea and the United Arab Emirates (UAE) launched a high-level dialogue channel on nuclear cooperation on Friday, in another sign of their expanding partnership.

They agreed to install the dialogue channel during South Korean President Moon Jae-in's state visit to the Middle East country in March. It deals with joint efforts to export nuclear reactors to a third country, nuclear security, safety and regulation, research and development.

"This channel will serve as another very important, pivotal pillar for our bilateral relations," Lee said in his opening remarks.

"We started the construction of the power plant, but now we are talking about the nuclear research and development, and nuclear security, human resources development and even regulations. So we are indeed expanding very fast the area of our cooperation," he added. 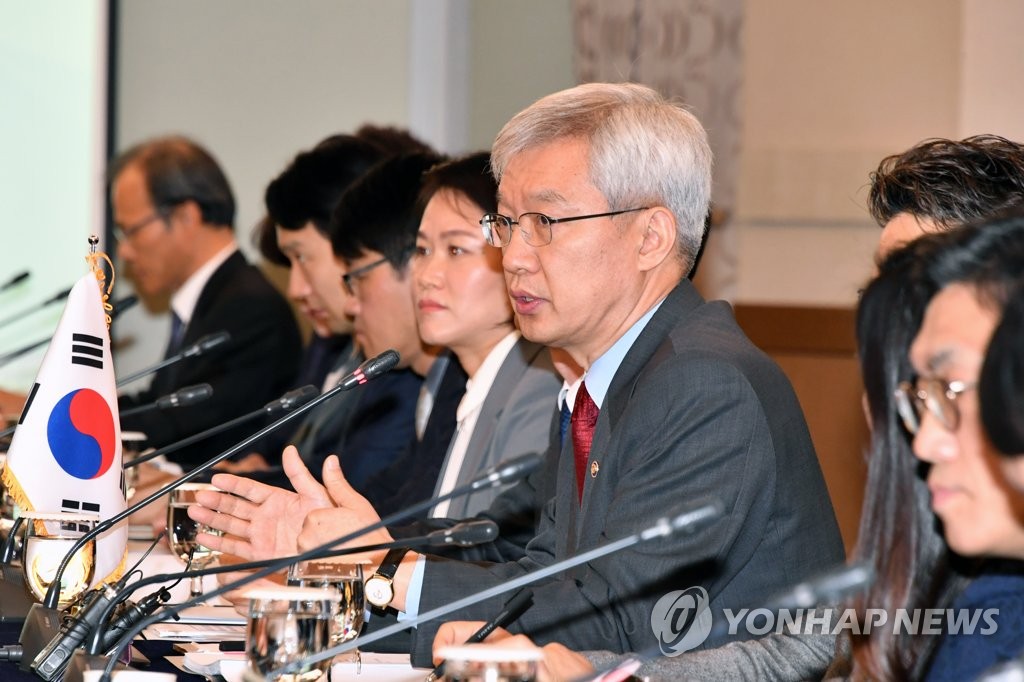 South Korea won a US$20 billion contract in 2009 to construct four nuclear reactors in Barakah, UAE. Since then, the two countries have been pushing to expand cooperation in nuclear and other sectors.

In his opening remarks, the UAE minister hailed the completion of the first Barakah reactor as a significant milestone.

"We are proud of the completion of Unit 1 at the highest standards of safety, security and quality, and we look forward to the overall completion of the whole program," he said.

The minister voiced hope for close cooperation with Korea, particularly in research and development in the nuclear sector.

"Participation together in the R&D is very critical. We aspire to work with you in creating R&D, the specialized R&D that will improve the technology for the conditions in the Middle East and in Barakah," he said. "The focused R&D is very important for us to improve."

He also stressed the importance of the peaceful use of nuclear energy.

"We are keen on insisting on the peacefulness of every program in the region and I think it is the same aspiration for you.

"Whatever we do in the UAE in this program, I think it is going to be a model for the other projects in the region. We look forward to tangible delivery on each one of those groups," he added. 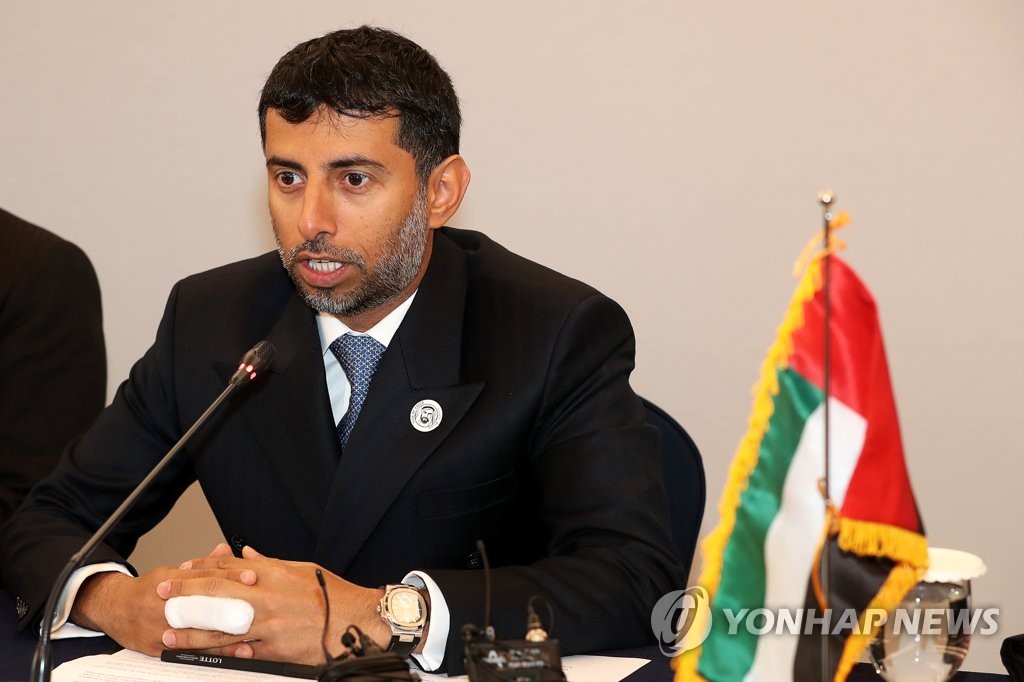 At the first meeting, the two sides agreed to install four working groups on cooperation on the Barakah nuclear power plant and overseas nuclear project; nuclear science and technology, and RD nuclear security and cooperation in the international arena; and nuclear regulation.

Also at the meeting, they agreed to explore the possibility of cooperation in establishing an R&D center in the UAE and to work together to ensure that the Barakah reactor can "smoothly" begin operation.

"The two sides shared the understanding that cooperation over the Barakah plant has played a core role in evolving the bilateral relationship into a special strategic partnership," the ministry said.

"They highly evaluated the fact that the high-level consultation on nuclear cooperation was launched as a government-to-government communication channel for comprehensive and strategic cooperation," it added.

The two countries will hold the second meeting of the high-level consultation next year in the UAE.