SEOUL, Nov. 16 (Yonhap) -- The head of the EugeneBell Foundation Korea said Friday that the tuberculosis problem in North Korea is reaching a critical point that requires swift action and support from South Korea.

Stephen Linton, chairman of the charity group, also called for an exemption of sanctions on North Korea to make it possible for necessary medication and supplies to be delivered to the North Korean people stricken by the potentially fatal disease.

He made the calls during a press conference in central Seoul where he explained the outcome of his trip to the reclusive state from Oct. 16 to Nov. 6. This was part of the foundation's biannual trip to the North to check on its operation there. 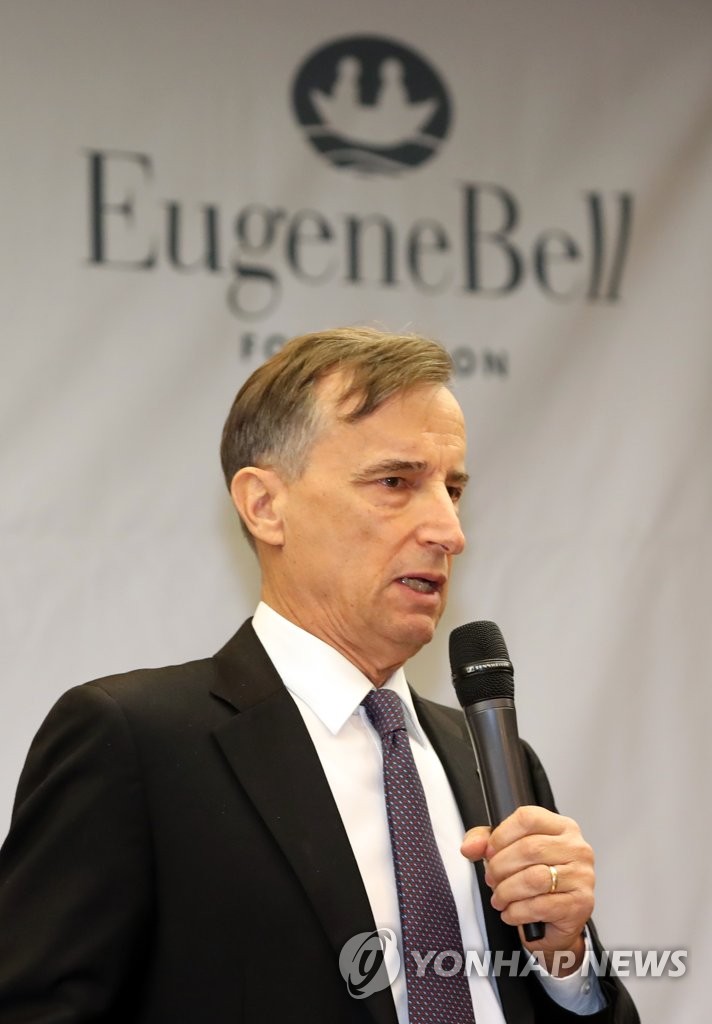 "It is an emergency situation. It is like a fire that broke out but the people living next to it do not think the fire will spread to their house," Linton said. "There would have been talk of an emergency already if TB killed people within a few months. It kills people slowly, in three to five years. It appears that there is lack of a sense of emergency."

EugeneBell Foundation is known for its endeavors to fight TB and, in particular, multidrug-resistant tuberculosis (MDR-TB), which can be much harder and take more time to treat.

Crippling global sanctions imposed on the North have made it all but impossible to get drugs and other necessary materials into the North to treat a growing number of TB-stricken patients.

Linton warned that MDR-TB drug stockpiles in the North could run out unless their production starts in the first half of next year at the latest.

According to the foundation, it would take about nine months to send MDR-TB drugs to the North due to toughened procedures for maritime transport and customs clearance caused by sanctions.

It estimated that about 8,000 people are suffering from MDR-TB in North Korea, of which only 28 percent have been treated this year.

Linton said that provision of TB drugs is not subject to global sanctions but the international community appears reluctant to join efforts against what he sees as an "emergency" humanitarian crisis.

He urged the Seoul government to join efforts to get an exemption of sanctions on providing TB drugs to North Korea, saying that it is not just a matter that concerns the North, but a potential threat to South Korea as well.

He proposed opening a laboratory in the North's border town of Kaesong, where South Korean medical experts and equipment can be brought in more easily to test suspected TB patients. He said that would help provide better and more diagnosis services for people living in nearby areas.