The Korea Baseball Organization (KBO) on Sunday released a list of players who can become free agents this offseason.

High school graduates must play nine full seasons to be eligible for free agency, while players who join the KBO after a four-year college must play eight full seasons before they can enter the open market. 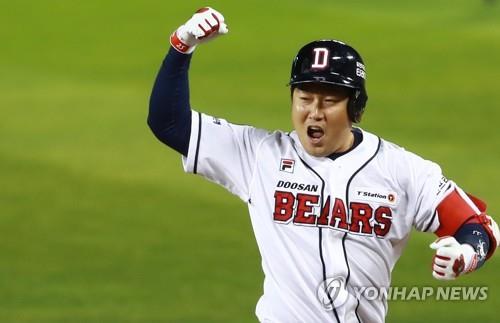 Players will also qualify for a full season if they've remained on the active roster for at least 145 days within a year.

The KBO said the players have until Monday to decide whether or not to become free agents and it will unveil the list of free agents on Tuesday.

Headlining this year's list is Yang, a 10-year backstop for the Doosan Bears. The 31-year-old has been regarded as the KBO's best two-way catcher for years, and enjoyed his best offensive season in 2018.

Choi, third baseman for the reigning champion SK Wyverns, is eligible for free agency for the second time in his 14-year career. After the 2014 season, Choi signed a four-year deal worth 8.6 billion won (US$7.7 million), the most lucrative free agent contract in the league history at the time.

Choi has mostly lived up to his deal. He won back-to-back home run titles in 2016 and 2017 with 40 and 46 homers, and he followed that up with 35 homers while being limited to 115 games due to injuries. No one has launched more home runs than Choi's 121 over the past three years.

Choi has won four Korean Series championships with the Wyverns, most recently this year over the Bears.

In the clinching Game 6 last Monday, Choi smacked a solo home run in the top of the ninth inning to tie the score at 4-4, and the Wyverns prevailed 5-4 in 13 innings. 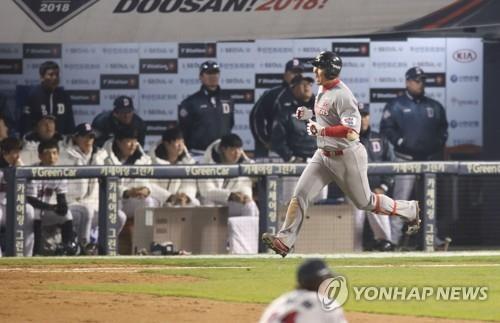 Among others on the eligible list, former Chicago Cubs reliever Lim Chang-yong has already been released by the Kia Tigers. Samsung Lions' left-hander Jang Won-sam has asked to be released, and the Lions have agreed in principle to trade him to the LG Twins.