The Korea Baseball Organization (KBO) team signed the Dominican right-hander to a one-year deal worth US$650,000, which includes a signing bonus of an undisclosed amount. 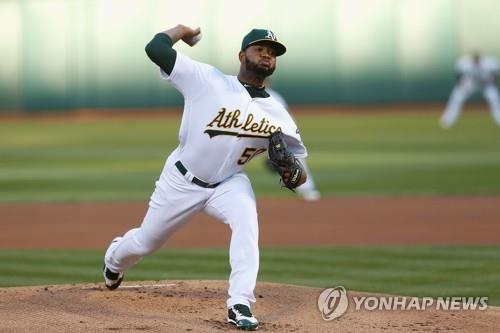 The Wiz said Alcantara can throw a good fastball and a changeup and that he's expected to be at the front end of their rotation.

The Wiz will be entering their fifth KBO season. They're already into their third manager, with long-time coach Lee Kang-chul taking over as the new skipper.