The 19-year-old outfielder for the KT Wiz won the Korea Baseball Organization (KBO) Rookie of the Year award in a landslide. Kang earned 514 voting points out of a maximum 555 points in a media vote. Nexen Heroes' infielder Kim Hye-seong was a distant second with 161 points. 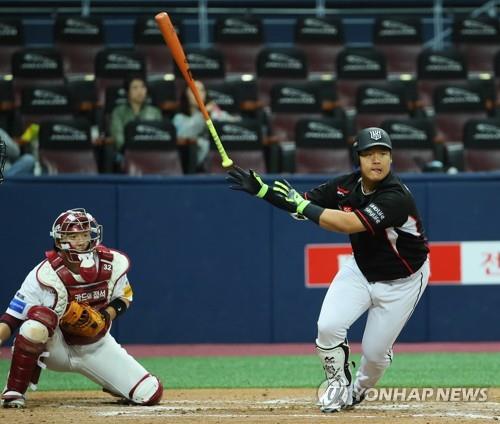 Kang famously homered in his very first at-bat on Opening Day on March 24. It was also the first home run by anyone in the league in the 2018 season.

Kang was a two-way star in high school but decided to focus on hitting as a pro.

The Wiz went through a managerial change after the regular season, and Kang thanked his former skipper, Kim Jin-wook, for putting him in a position to succeed right away.

"Everyone on the coaching staff and my teammates helped me so much along the way," Kang said after receiving his trophy. "I am not going to be content with just winning this award. I want to become a player who can get better every season." 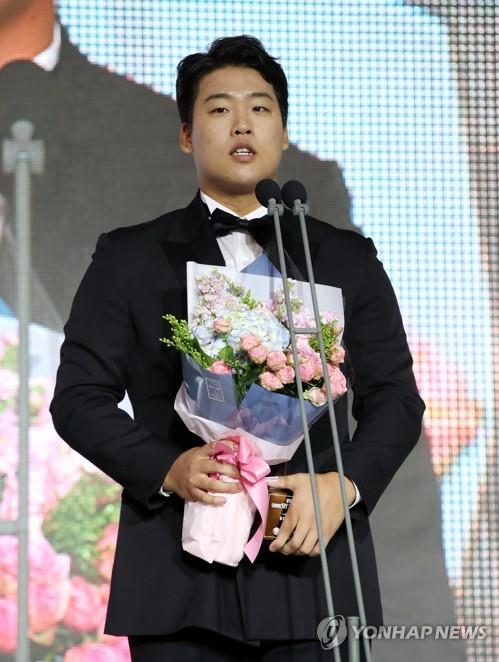