SEOUL, Nov. 19 (Yonhap) -- In baseball, rare is the hyped-up prospect who lives up to his billing right out of the gate.

And Kang Baek-ho of the KT Wiz, voted the Rookie of the Year in the Korea Baseball Organization (KBO) on Monday, did just that in the 2018 season -- literally.

The first overall pick at last year's draft hit a home run in his very first professional at-bat on March 24, the first day of the season. It was also the first homer by anyone in the KBO this year. 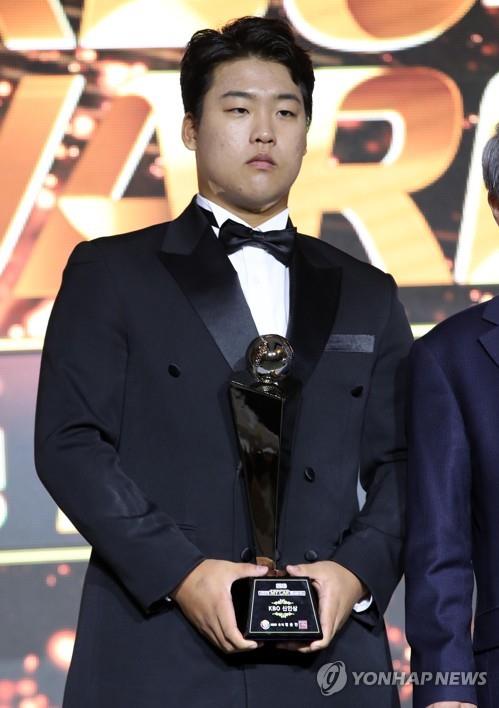 "I shocked myself by hitting that home run," the 19-year-old said after receiving his trophy. "Everyone on the coaching staff and my teammates helped me so much along the way. I am not going to be content with just winning this award. I want to become a player who can get better every season."

It's going to take serious effort for the young outfielder to top his rookie year. He led all freshmen this year with 29 home runs -- one short of an all-time rookie record -- and 84 RBIs, while producing a strong .290/.356/.524 line. He also scored 108 runs to rank sixth overall.

Kang was a two-way phenom in high school, and some scouts drooled at the right-hander's hard fastballs.

But the KBO won't see its own version of Shohei Otani, the Los Angeles Angels two-way star who earned the American League Rookie of the Year honors this year. Kang focused on hitting as a pro, save for a cameo appearance on the mound in the All-Star Game in July, and said he doesn't envision himself on the mound in any game that counts.

"It's difficult enough to hit and play defense," Kang said with a sheepish grin. "Honestly, I am not really that crazy about pitching. I just want to get better as a hitter."

Kang batted .370 with four home runs in his first seven games but then predictably hit a rookie wall in April. He went deep just once in 24 games that month.

Kim said going through that rough patch was the most challenging part of his rookie year, but it has only fueled him to aim higher next year and beyond.

"I was disappointed to fall one shy of 30 home runs, but I'll try to use that as motivation," Kang said. "This winter is going to be really important for me. Instead of dwelling on my shortcomings, I want to be able to maximize my strengths and become a more consistent player." 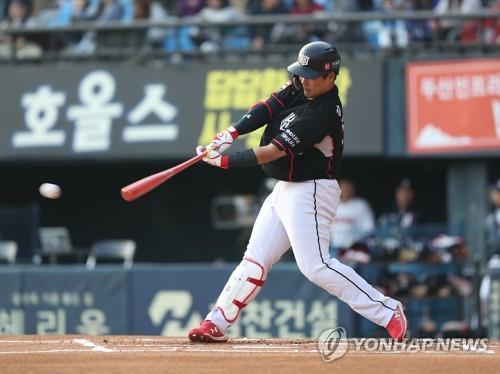 Teen prospect lives up to hype by winning rookie award

Teen prospect lives up to hype by winning rookie award