SEOUL, Nov. 21 (Yonhap) -- For those who have experienced their heart skipping a beat just by looking at someone, tvN's new television series "Encounter" is highly likely to bring those nervous but adrenaline-rush memories back.

Starring A-list actors Song Hye-kyo and Park Bo-gum, the drama, one of the most highly anticipated television series this year, attracted hundreds of local and overseas fans in front of the hotel in southern Seoul where a press event took place on Wednesday ahead of its premiere next week.

The romantic drama revolves around Cha Soo-hyun, a high-powered politician's daughter who divorced a man from a chaebol family, played by the 36-year-old Song, and ordinary young man Kim Jin-hyuk, played by the 25-year-old Park. 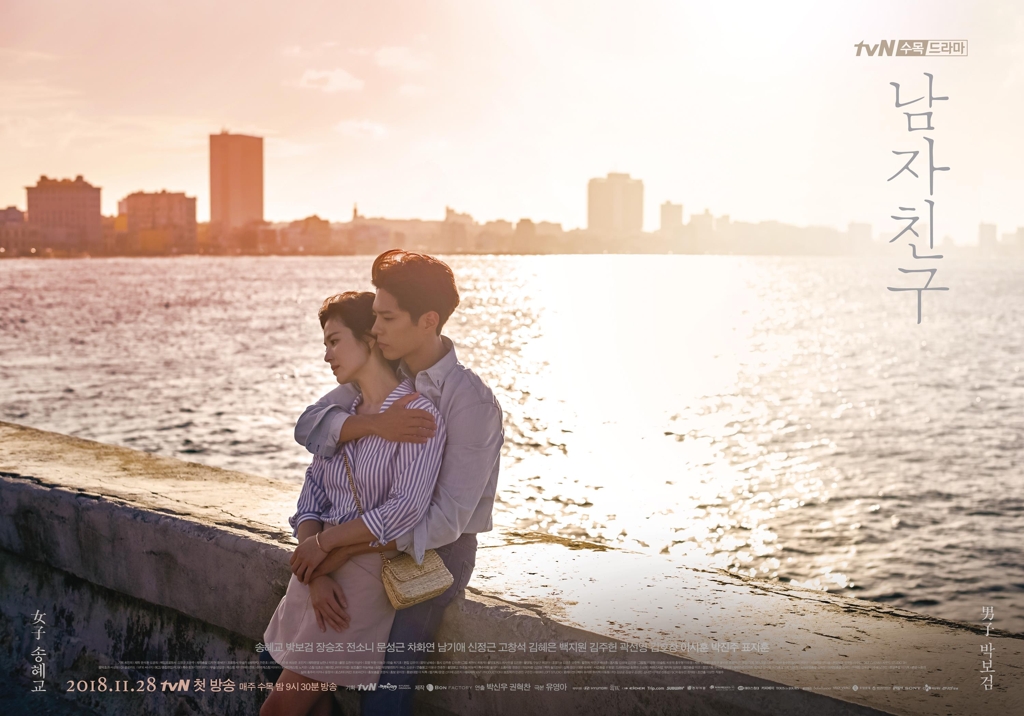 In a teaser video released during the event, the two bump into each other in Cuba while traveling and spend some memorable time together. Back in Korea, they find themselves thinking of each other.

"You need courage -- big or small -- when you start seeing someone and grow the encounter into something special. The drama is about the beautiful process," director Park Sin-woo said during the event.

"Different people meet and fall in love. Everyone sacrifices something (to keep their love) and feels happy when they do so. The drama focuses on that courage," the director said.

He added that the two actors just naturally came to his mind when reading the script.

"I had no other considerations as to who to cast as the characters. It was very natural (to cast them). We were very lucky they accepted (the offer) and are honored to work with them." 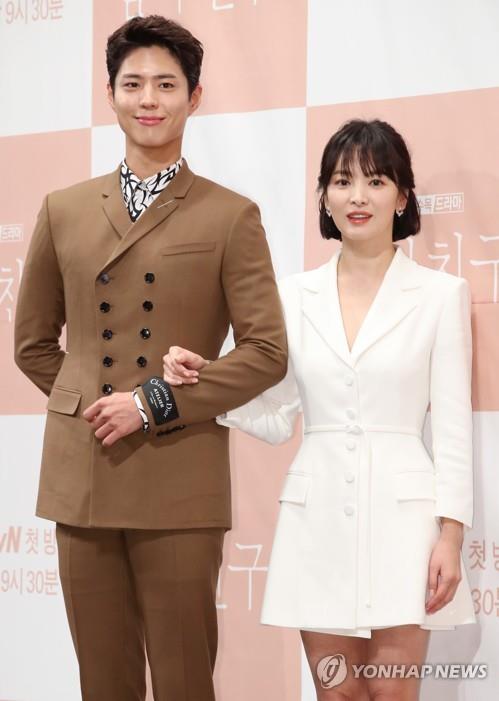 The drama, also known as "Boyfriend" in Korean, is Song's first TV show role since the 2016 mega-hit "Descendants of the Sun." She married her co-star from the series, Song Joong-ki, in 2017. It is Park's first drama since "Love in the Moonlight" in 2016.

Asked about her personal marriage life with Song Joong-ki, Song said, "Nothing (in my life) has really changed (since marriage) ... He encouraged me to work hard and said he will closely monitor (my performance)."

Park expressed affection for his character. "He is always grateful for who he is and what he's got regardless of material wealth. He loves his family and himself."

"I have many scenes in which I work part time. I rarely have had such working experiences in real life, except for working at a bed-and-breakfast. I got to respect people working in so many different fields. I've become respectful of them," he said, referring to his appearance on the popular reality show, "Hyori's Homestay," as a temporary helper.

The slow-paced, heart-fluttering romance, the director said, will offer TV audiences a time to sit back and relax while reflecting on their own experiences of falling in love and connecting with the characters.

"I made a point of not provoking the viewers on purpose. Even so, the drama has all the necessary elements to make people ruminate on (love) ... I hope it makes people happy."

The first episode of the 16-part series is set to broadcast on tvN at 9:30 p.m. next Wednesday. 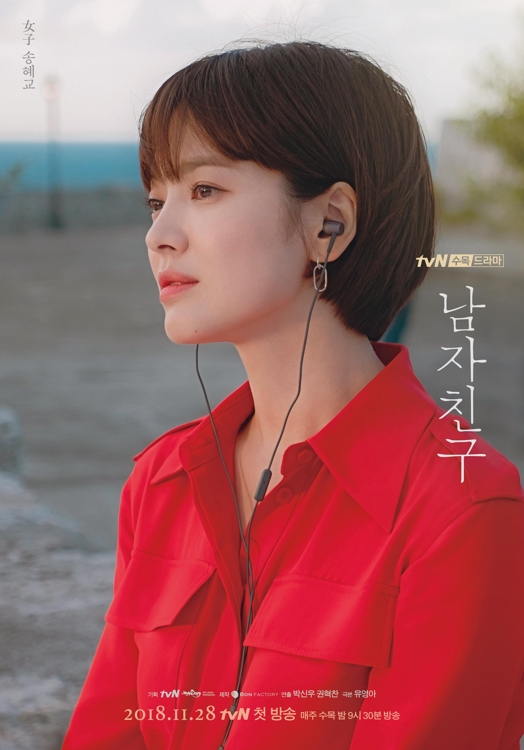