(ATTN: UPDATES throughout with details, background)

SEOUL, Nov. 21 (Yonhap) -- South and North Korea will hold a working-level meeting later this week to discuss ways to modernize underground cables set up across their border for direct phone and other communication lines, the unification ministry said Wednesday.

The meeting, set for Friday at the joint liaison office in the North's border town of Kaesong, will focus on cooperation in replacing the current copper communications cables with fiber-optic cables, the ministry said.

The meeting was set up after the North first proposed it earlier this month.

"We need to hold the meeting first to determine whether our side will take care of the fiber-optic cable construction on the North Korean side too," a ministry official said. "Improvement work will be carried out in a way that does not violate sanctions."

Earlier this year, the U.N. committee on North Korea sanctions made an exception to sanctions for the South to provide the North with fiber-optic cables and other supplies to restore military communication lines between the two sides.

Dozens of communication lines are set up across the heavily fortified border for direct phone, fax and other hotlines between the two Koreas, which are still technically in a state of conflict as the 1950-53 Korean War ended in a truce, not a peace treaty.

Since early this year, relations between the two sides have warmed significantly under a reconciliation process that led to three summit meetings between President Moon Jae-in and North Korean leader Kim Jong-un, as well as the historic meeting between Kim and U.S. President Donald Trump. 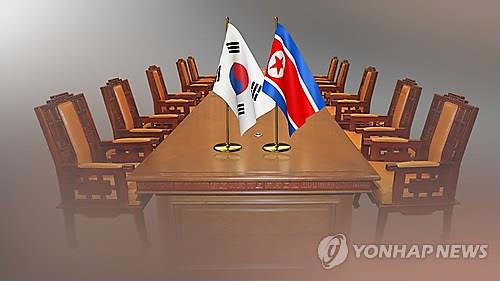