SEOUL, Nov. 22 (Yonhap) -- The number of foreigners who visited South Korea rose 31.1 percent in October from a year earlier mainly due to a base effect after visits by Chinese nationals plunged in 2017, the local tourism promotion agency said Thursday.

A total of 1.53 million foreigners visited South Korea last month, up from 1.17 million tallied the same month a year ago, according to the Korea Tourism Organization.

The number of Chinese tourists shot up 37.6 percent.

In March last year, China banned group tours to South Korea in retaliation over Seoul's deployment of a U.S. anti-missile system. The ban has partially been lifted since late last year, although China has yet to completely lift restrictions.

The number of visitors from Japan also jumped 61.7 percent, thanks to a major K-pop festival held in South Korea's southeastern port city of Busan, it said.

On the same day, the yearly number of Taiwanese tourists visiting South Korea surpassed the 1 million mark for the first time on the back of the popularity of Korean pop culture and low-cost carriers.

Meanwhile, the number of outbound South Korean tourists came to 2.23 million in October, up 5.2 percent from a year ago, it said. 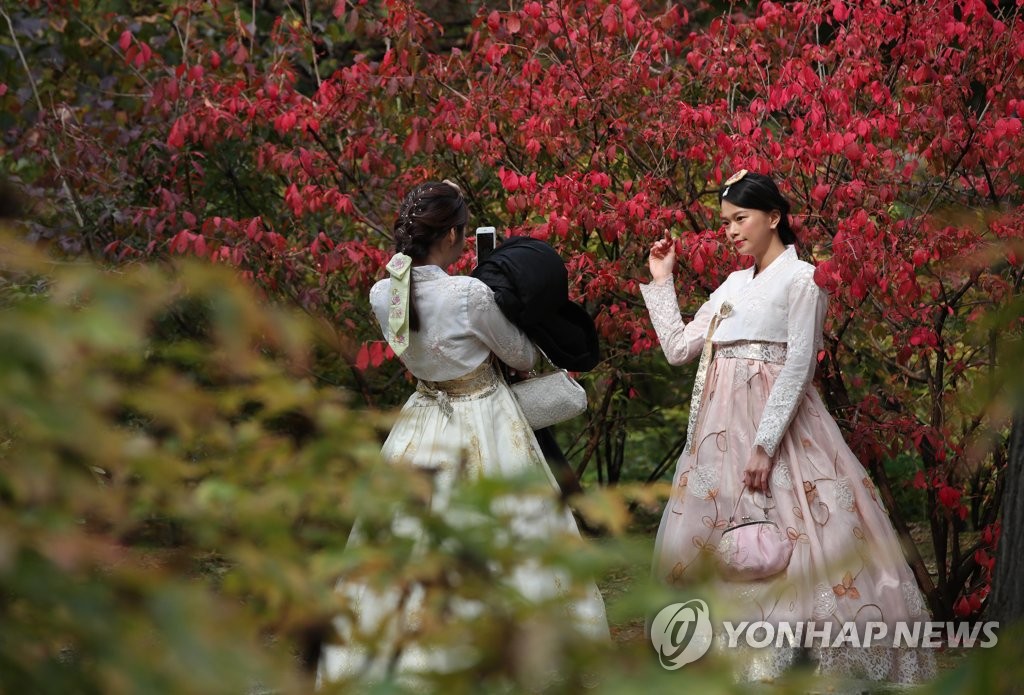