SEOUL, Nov. 23 (Yonhap) -- Once a big spender in South Korean baseball's free agency, the Kia Tigers will stay away from the open market this winter, their general manager said Friday.

Cho Kye-hyun said his Korea Baseball Organization (KBO) club will not go after any free agents during this offseason and added, "We felt we'd be better off trying to develop our own assets."

The Tigers won the Korean Series title in 2017 after posting the best regular season record at 87-56-1 (wins-losses-ties) but squeaked into the wild-card game this year after going 70-74 and lost to the Nexen Heroes to bow out of their title defense. 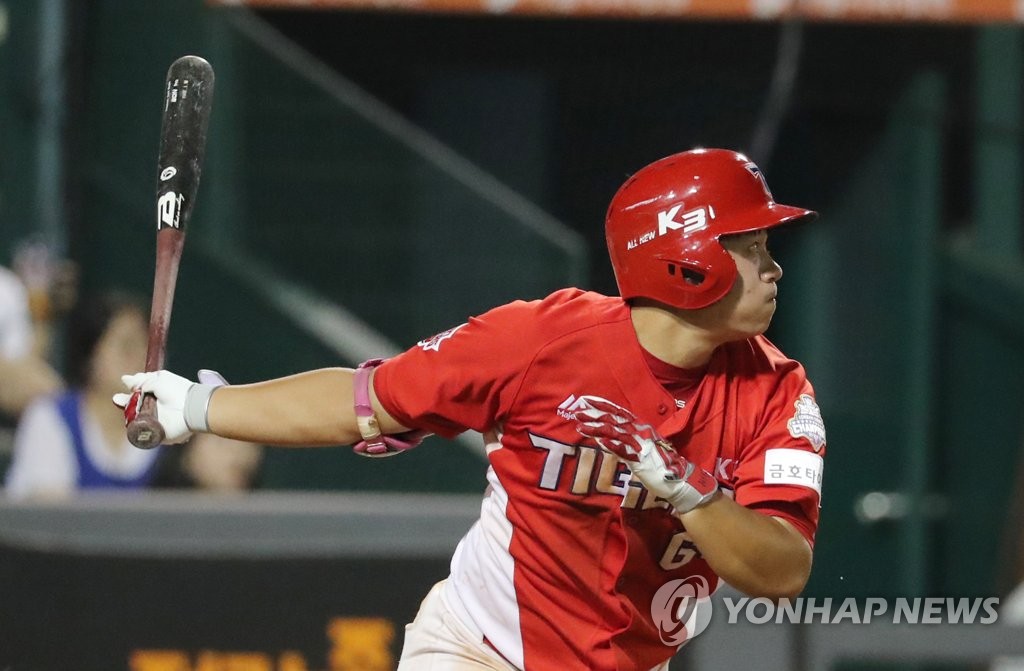 House cleaning is already under way for the aging team. The Tigers have parted ways with 34-year-old outfielder Roger Bernadina, despite his 47 home runs and 64 steals in his two KBO seasons. They signed former big league outfielder Jeremy Hazelbaker, who's three years younger. Left-hander Pat Dean has been replaced by right-hander Jacob Turner. Kim Jin-woo, a 35-year-old pitcher, was one of 14 players to be cut after the season.

There are some 30-something free agents who could help the Tigers immediately next year, but Cho said he'd be happy to see his own players grow.

KBO teams have their minor league affiliates in the Futures League, where most clubs have a mix of young prospects and veterans who are either fringe players in the bigs or rehabbing from an injury.

Their presence can eat into the playing time of younger players who need to get reps. And in 2018, Cho made sure only the developing youngsters played in the Futures League, while other veterans were placed on a separate squad and played collegiate teams to stay sharp.

And it paid dividends for the Tigers, who saw the emergence of a young infielder who may warrant a long look in the KBO next year.

Infielder Ryu Seung-hyun batted .335 with five home runs and 45 RBIs in 62 games in the Futures League. The 21-year-old was called up in early June and acquitted himself well at the plate, hitting .307 in 35 games.

Another young player, a 22-year-old right-hander Jeon Sang-hyun, completed his mandatory military service with Sangmu in the Futures League this past summer and made five late season appearances for the Tigers.

Jeon dominated the Southern League of the Futures, where he topped all pitchers with 13 wins, a 3.06 ERA and 117 strikeouts in 120 2/3 innings. Jeon had a 6.10 ERA in five games with the big team, a number inflated by his final outing when he allowed three earned runs in one inning in a start.

Cho said he believes the club is going in the right direction.

"Using only prospects in the Futures League has fostered competition among the players, and they've responded well to the change," the general manager said. "We'll continue to encourage our young players to compete against each other for opportunities."

Cho added the Tigers will look to hire coaches with extensive experience in player development, and they will be responsible for working with the team's prospects. 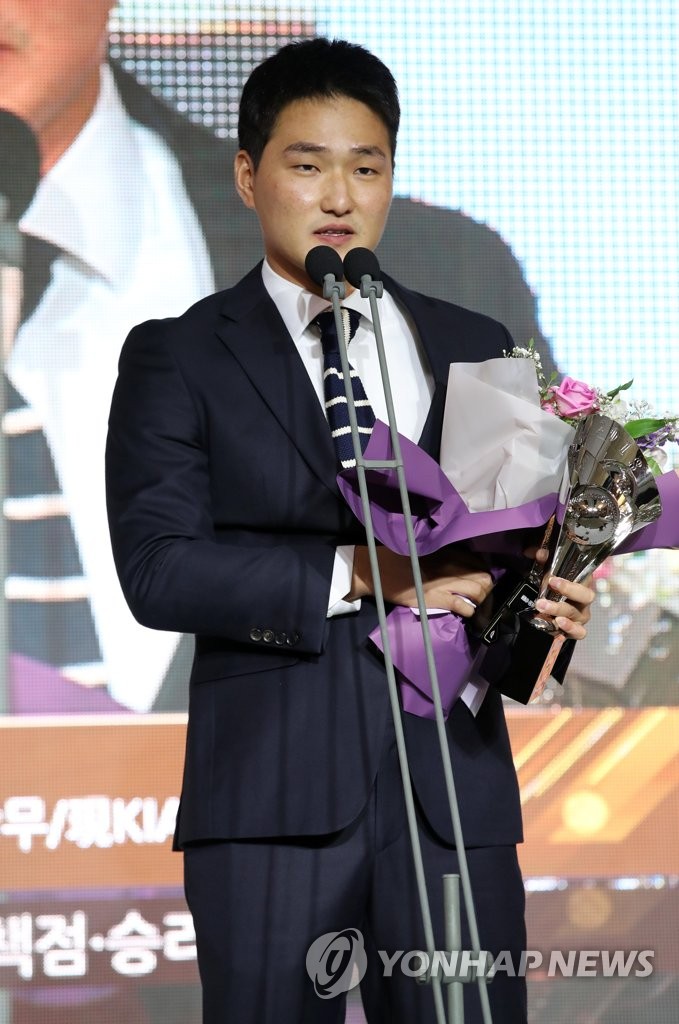 For bounce back, baseball club to look inward

For bounce back, baseball club to look inward