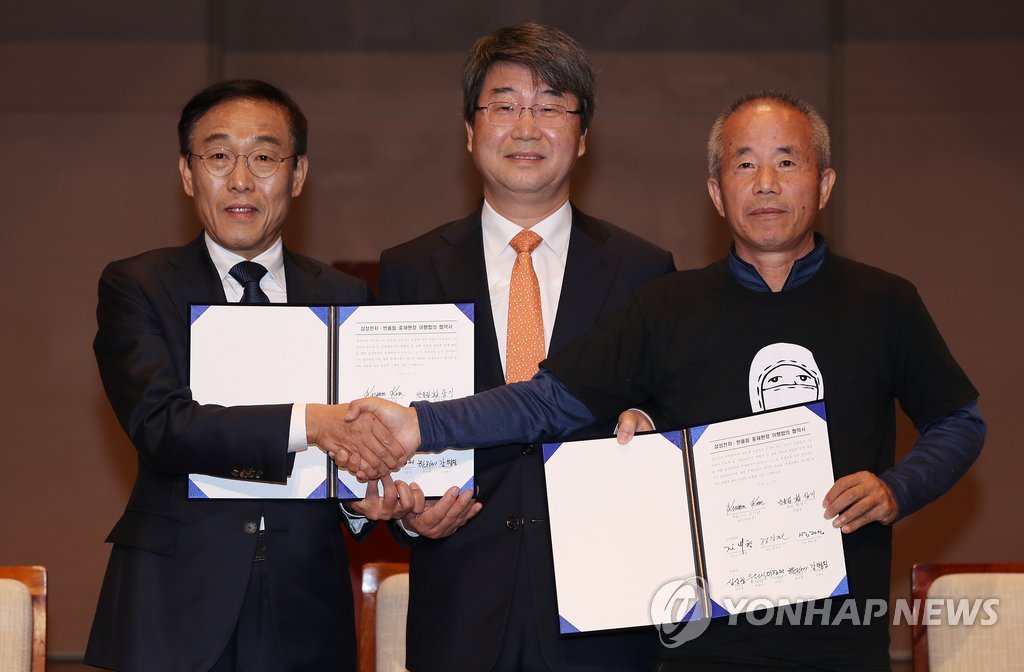 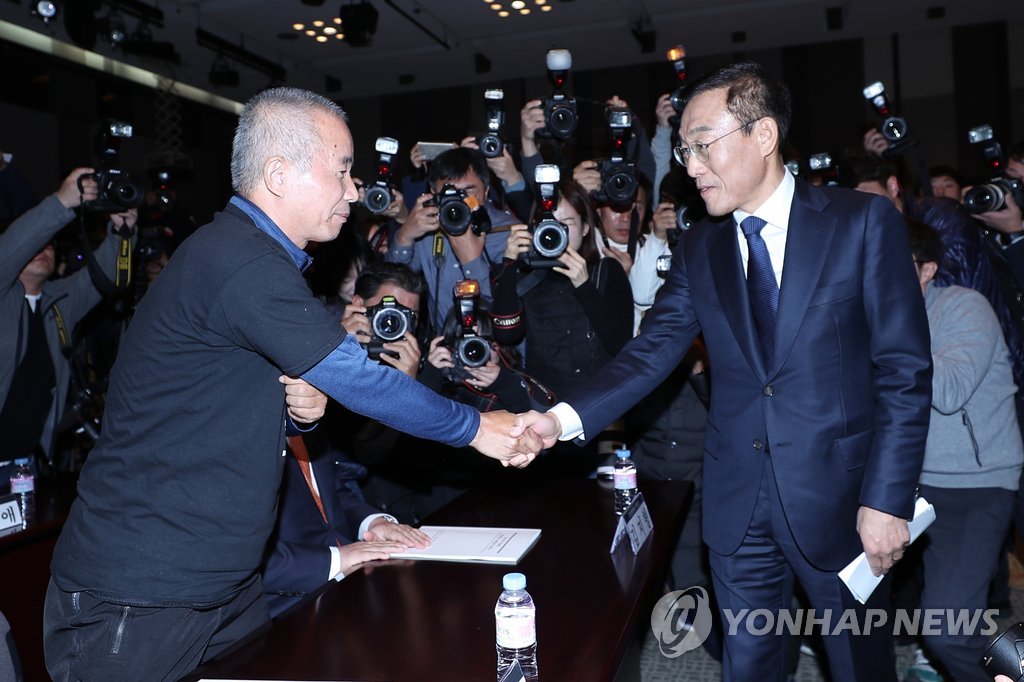 The fund will be used for researching and building facilities for industrial safety.

"We express gratitude for the trust placed on the government and giving us the task. We plan to uphold the noble intention of Samsung and victims of SHARPS, and utilize the fund in a transparent manner," said Labor Minister Lee Jae-kap.

The safety agency added it will immediately open a team to manage the fund, and draw up a plan on details of using it under cooperation with the government.

Samsung and Jipyong plan to open an office to carry out the compensation scheme in December, and start the process within this year at earliest.

Kim Ji-hyung, the head of Jipyong who has been overseeing the mediation, was named to head the compensation committee as well.

"Samsung has been suppressing labor unions at home and abroad. It is not too late to apologize, and promise to respect the right to form unions," Hwang added.

SHARPS launched in 2008 and began holding talks with Samsung Electronics in 2012. The mediation committee kicked off in 2014, but the negotiation initially ended without making progress.

In September 2015, Samsung Electronics announced its own compensation plan, and SHARPS began to stage a protest at the conglomerate's building in Seoul a month later.

Earlier this year, the two parties resumed their talks, eventually reaching an agreement to accept any results from the mediation committee in July. SHARPS ended the indefinite protest shortly after the understanding was reached.

"I am glad to keep the promise I made with Yu-mi. But I cannot forget the pain of Yu-mi and my family. So many people share such pain," Hwang said, urging the compensation committee and the officials of potential projects to be rolled out with the fund to remember what has transpired.

Rep. Sim Sang-jeung of the minor Justice Party said the settlement should be a turning point in creating a society where all workers stay safe. 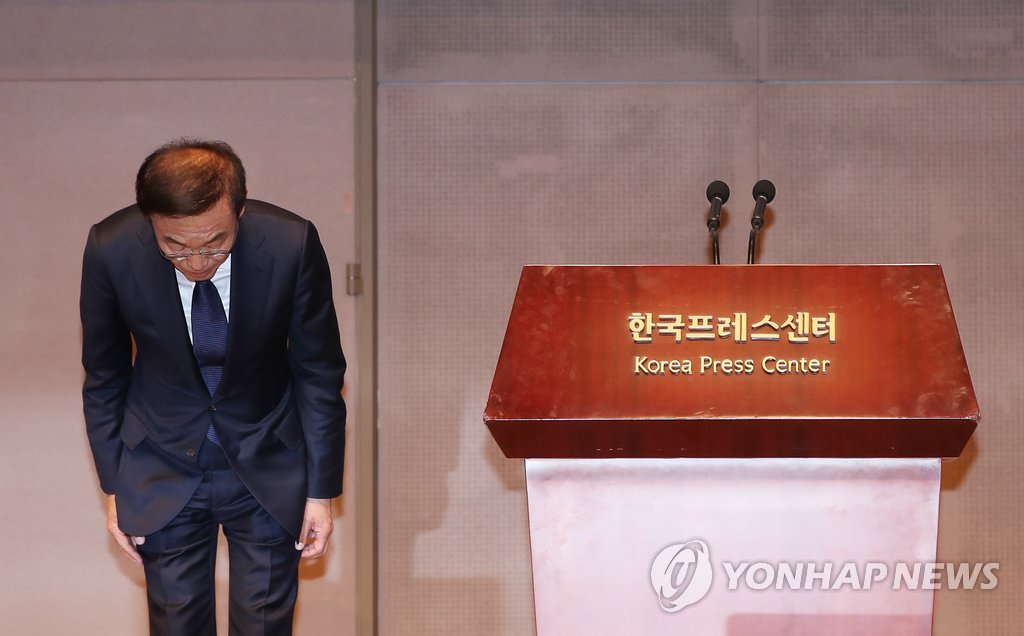