SEOUL, Nov. 24 (Yonhap) -- A fire broke out at a building of South Korea's leading wireless and fixed-line services provider in central Seoul on Saturday, paralyzing the network in the region, police said.

The building of the KT Corp., the country's No. 2 mobile carrier, located in the central Ahyeon district, caught fire around 11:20 a.m.

No casualties have been reported, the police said.

They said the fire started in the basement of the building, where the company's communications equipment is located.

"The fire isn't serious but caused a network problem," the police said.

As a result, mobile and Internet networks, as well as Internet Protocol TV (IPTV) services, are down in central Seoul.

KT said it is looking into the exact cause of the fire and how much of the network has been affected. 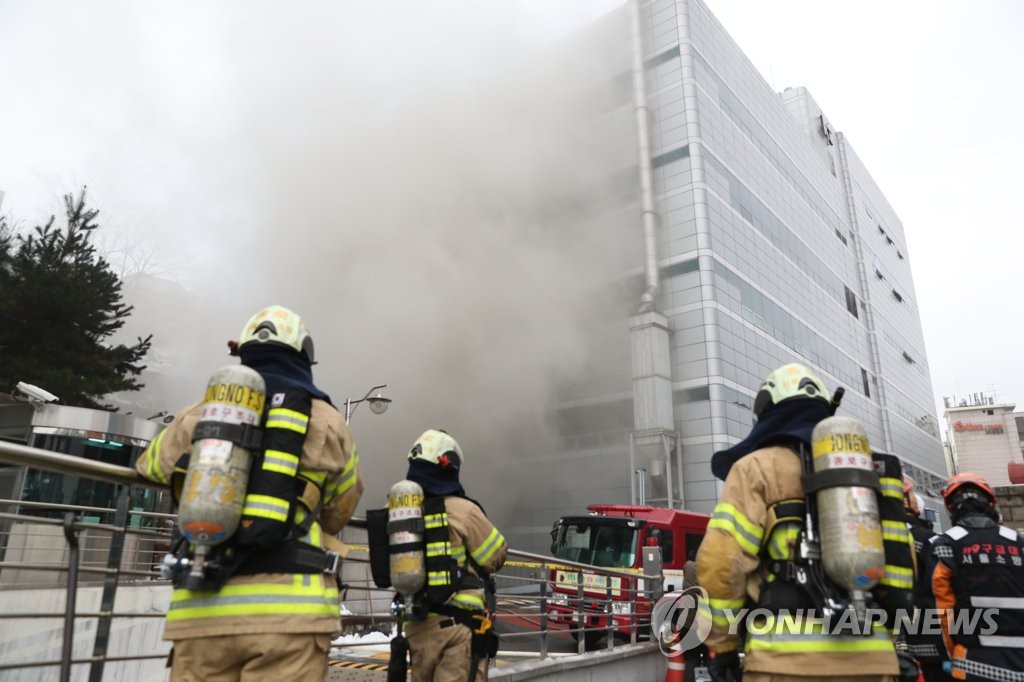